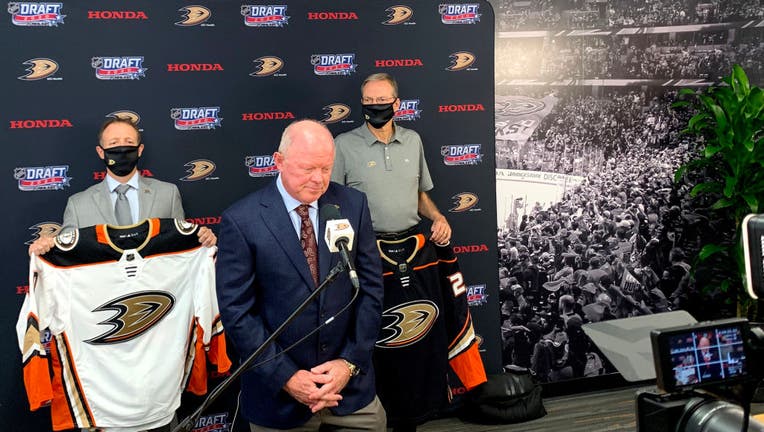 ANAHEIM, Calif. - The Anaheim Ducks General Manager Bob Murray is under fire – but not fired – for improper professional conduct allegations.

The Ducks have placed Murray on paid leave as the GM is under investigation.

Assistant GM Jeff Solomon will take over during Murray's leave, the team said in a statement.

"We recently became aware of accusations of improper professional conduct against Bob Murray. After internal review, we enlisted Shephard Mullin to perform an independent investigation. Upon recommendation from their initial findings, we have decided to place Bob on administrative leave pending final results. In the interim, Vice President of Hockey Operations and Assistant General Manager Jeff Solomon will assume the role of Interim General Manager. We will have no further comment until the investigation is complete."

Solomon was named the team's assistant GM back in May of 2021. Solomon previously worked for the Los Angeles Kings' front office from 2007 to 2021.