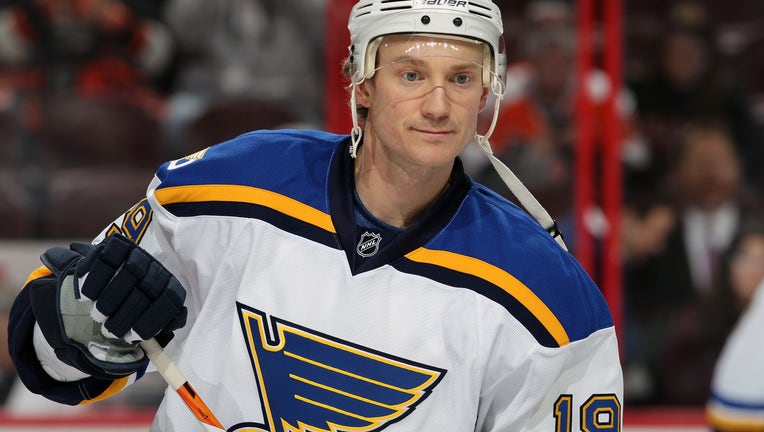 PHILADELPHIA, PA - FEBRUARY 06: Jay Bouwmeester #19 of the St Louis Blues warms up prior to his game against the Philadelphia Flyers on February 6, 2017 at the Wells Fargo Center in Philadelphia, Pennsylvania. (Photo by Len Redkoles/NHLI via Getty Im

ANAHEIM, Calif. - St. Louis defenseman Jay Bouwmeester was hospitalized and undergoing tests early Wednesday after suffering a cardiac episode and collapsing on the bench during the first period of the Blues’ game against the Ducks.

The team said in a statement late Tuesday night that the 36-year-old Bouwmeester was conscious and alert. Blues general manager Doug Armstrong said Bouwmeester was awake, alert and moving his arms and legs as he was transported from the arena. 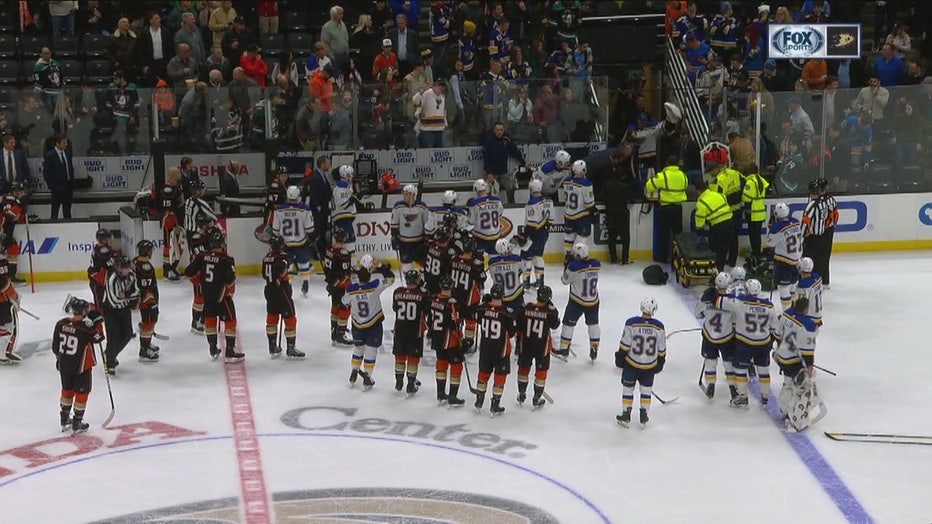 The Blues were supposed to fly to Las Vegas, where they are scheduled to play Thursday, but remained in Southern California overnight. The team is expected to provide an update on Bouwmeester’s condition Wednesday morning. 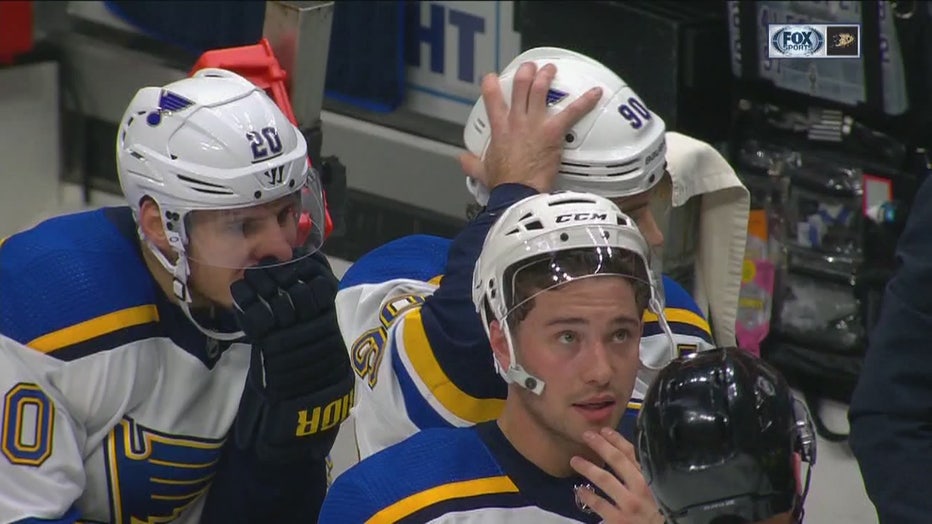 The hockey community sent tweets of support as word of the episode spread throughout the NHL.

Teammates Vince Dunn and Alex Pietrangelo immediately called for help after Bouwmeester slumped over with 7:50 left in the first period. After a couple of minutes, Bouwmeester was taken out on a stretcher through a tunnel next to the Blues bench and transported to an Orange County hospital.

Bouwmeester appeared to be grabbing a drink of water when he began to slowly fall. Emergency medical personnel rushed to the Blues bench. Bouwmeester was skating in his 57th game this season and the 1,241st of his NHL career. He skated 1:20 in his last shift before collapsing and logged 5:34 of ice time in the game.

St. Louis’ radio announcer Chris Kerber said during an interview with the team’s flagship station that a defibrillator was used.

Bouwmeester’s father was at the game as part of the team’s annual Dads Trip. He went with his son to the hospital while teammates and their fathers remained at the arena awaiting updates.

Ducks and Blues players gathered to see what was wrong before Bouwmeester was taken away. The teams then went to their dressing rooms, and the game was called off a few minutes later tied at 1.

Players from both teams met for hugs and well-wishes after changing out of their gear. The game will be made up at a later date.

The last player to collapse on an NHL bench was Dallas forward Rich Peverley in 2014. Peverley had an irregular heartbeat, and the quick response of emergency officials made sure he was OK.

The NHL has pages of emergency medical standards that spell out in specific detail that at least two doctors must be in attendance for every game and one must be within 50 feet of the bench. A defibrillator, which was used when Detroit’s Jiri Fischer collapsed in 2005, must be available, along with a triage room and ambulances.

Bouwmeester is in his 17th NHL season and has for that time been known for his strong skating and conditioning. He helped the Blues win the Stanley Cup last season and won an Olympic gold medal with Canada in 2014.

The Blues signed the veteran defenseman to a $3.25 million, one-year deal for this season.

Bouwmeester held one of the longest ironman streaks in NHL history with 737 consecutive regular-season games played until a lower-body injury in 2014. He missed time in 2015-16 with a concussion, and a hip injury ended his 2017-18 season.

He played all but four games last year and hadn’t missed a game this season.