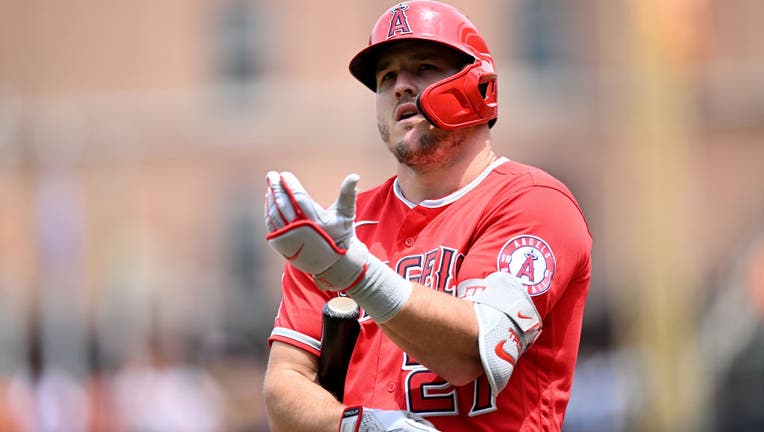 Trout has missed the Angels' last four games with the injury, including Saturday's 7-1 loss to the Los Angeles Dodgers, the team's third straight defeat and eighth in nine games. He was pulled from Tuesday's 6-5 loss to the Houston Astros before the start of the fifth inning.

Trout planned to start Saturday's game, but was scratched minutes before the first pitch.

"I just went in the cage before the game, and it didn't feel right," Trout said after Saturday's game. "The smart thing is to just not play. I didn't want it to get worse."

"I'm staying positive," Trout said. "It's just frustrating. I don't know what really sparked it. You know, trying to pinpoint it. I've taken a lot of swings over the past three weeks, but I can't really pinpoint it and it's just, it is what it is."