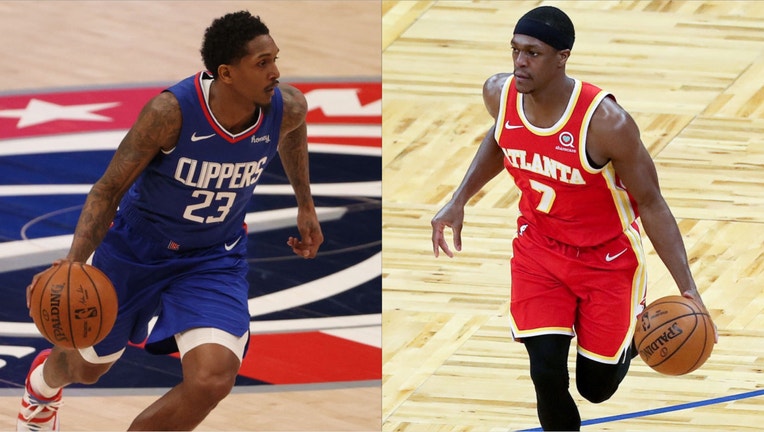 According to ESPN’s Adrian Wojnarowski, the Clippers will also send two future second-round picks to Atlanta.

"We could not be more excited to welcome Rajon to the Clippers. He is a proven winner, a relentless competitor, and one of the most skilled orchestrators of his era. We believe he will elevate our group and will continue to propel us forward," said Clipper President Lawrence Frank.

Rondo, an NBA veteran, became an integral part of the 2020 Los Angeles Lakers, who won the NBA Finals in a season honoring Lakers legend, Kobe Bryant. He was also instrumental in the Boston Celtics victory against the Lakers in the 2008 NBA Finals.

Following the 2020 NBA season, Rondo became the first player to win a championship for both Boston and Los Angeles, who are longtime rivals in the league.

The men in purple and gold lost several key members of their roster during the offseason, including big men Dwight Howard and JaVale McGee.

Now, the defending NBA champions are ranked fourth in the Western Conference as the team continues to persevere without LeBron James and Anthony Davis, who are both out due to injuries.

The Clippers are currently ranked third in the Western Conference behind Utah and Phoenix, but have struggled without a vocal leader or pure point guard, despite having all-stars Kawhi Leonard and Paul George.

The Clippers look to avenge last season's failures after they were eliminated in the semi-finals. They have yet to advance to the Western Conference Finals or win an NBA championship title in the franchise's history.

In addition to James and Davis, several other big names have been hurt this season including Golden State's Steph Curry, Charlotte's LaMelo Ball and Philadelphia’s Joel Embiid, who was in the race for NBA MVP.

While the league is plagued with injuries, any team that comes out the stacked Western Conference will have a battle ahead. Even without Durant, the Brooklyn Nets, who are predicted to advance to the finals, look undeniably strong with James Harden and Kyrie Irving playing their best basketball.

The Clippers also thanked Williams for his leadership and for being a mentor.