A driver was killed after driving head-on into traffic on the 110 Freeway Saturday.

CERRITOS, Calif. - One person is dead after a wrong-way collision on the 605 Freeway in Cerritos Saturday evening, according to the California Highway Patrol.

Reports of the incident came in shortly after 6:30 p.m. Saturday. Witnesses told CHP officers that the driver of a dark-colored sedan was driving the wrong way in the southbound lanes of the freeway when the car crashed head-on into a silver-colored pickup truck. 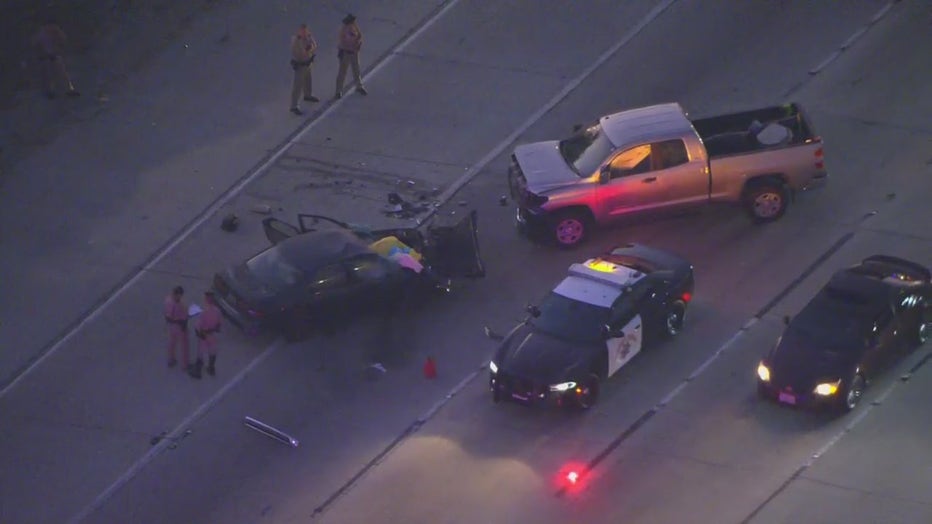 SUGGESTED: Cyclist killed by DUI driver in front of son in Rancho Cucamonga

Officers did not provide any information about either driver involved.