FONTANA, Calif. - Wednesday marks five years since 14 people were killed and 21 others hurt when a married couple opened fire in a shooting massacre in San Bernardino. 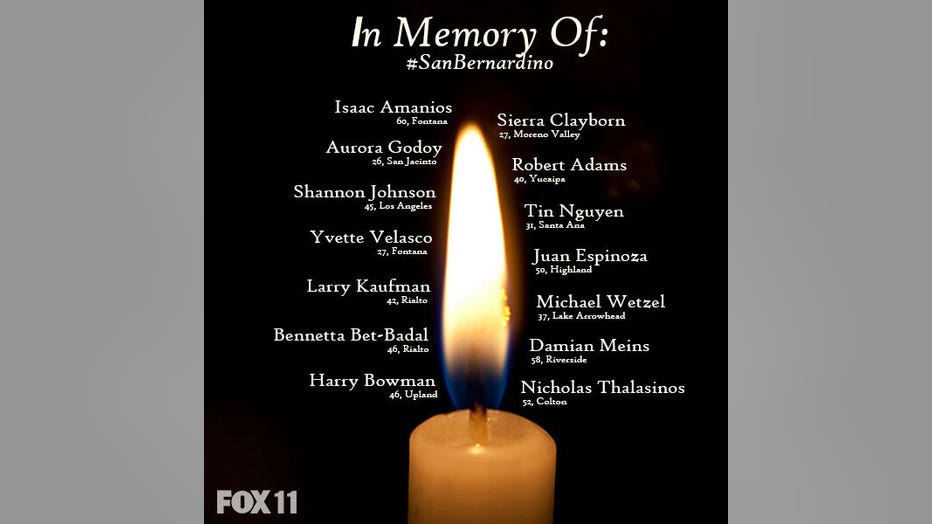 Shortly before 11 in the morning on December 2, 2015, the unthinkable would happen. 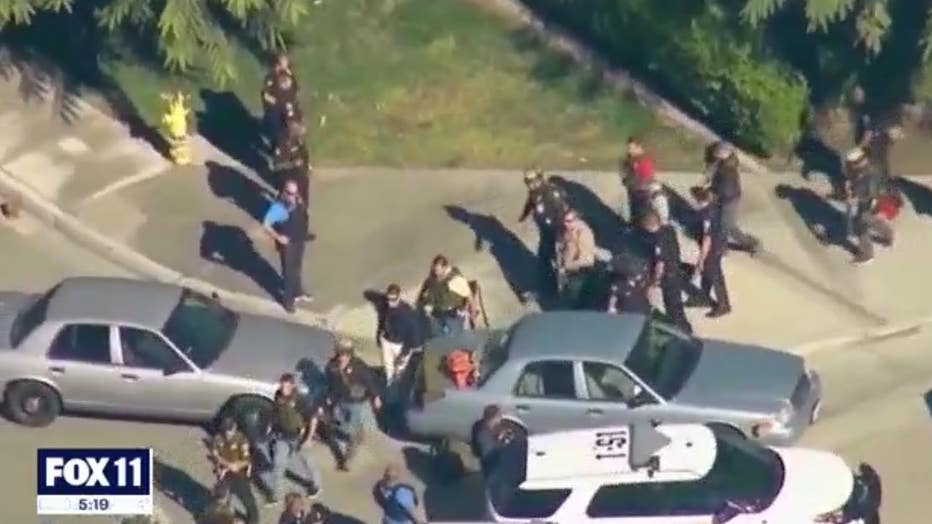 After the shooting, the couple fled. Hours later, the attackers led authorities on a chase and in a dramatic shoot out with local police, they would be shot dead. But the lives they shattered that day; the families left behind, they had to somehow go on.

This week, on a wind-whipped afternoon  FOX 11 visited the Fontana home of Robert and Mari Velasco. Throughout the home, are pictures of their family, including their youngest daughter, Yvette. 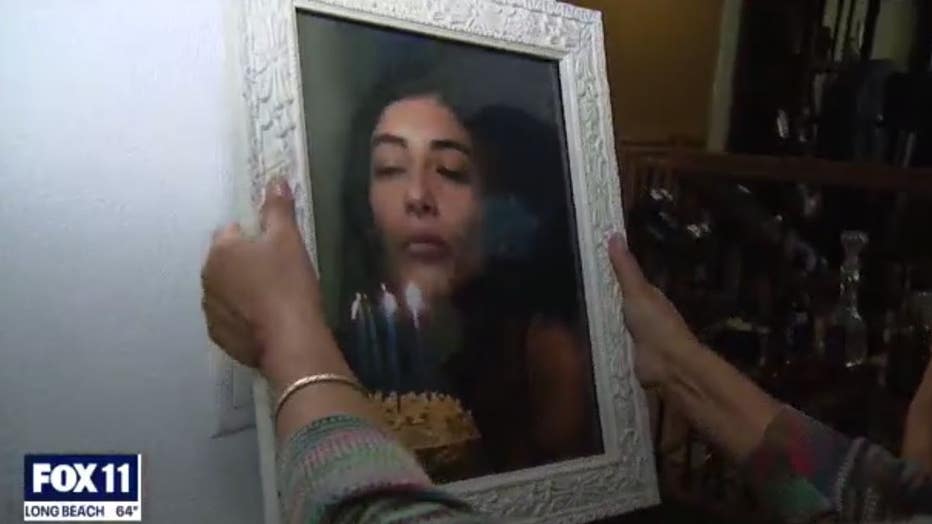 Yvette smiling in a photo taken for her college graduation announcement, Yvette, vibrant at her last birthday party, Yvette proudly posing at an office Christmas party with co-workers.

Hauntingly, that final image snapped just moments before her life would be violently taken by a co-worker.

We sat in the livingroom of the Velasco home yesterday, talking to Yvette's parents.

Six months after the mass shooting we met in person with Yvette's parents and sisters for the very first time.

Since then, I have remained close with the Velasco's over the years. We stayed in touch by text and email. Sometimes we talked about the latest mass shooting.

Sometimes we just said hello. I remain inspired by their courage.

Now on the five-year anniversary of the terror inspired shootings, FOX 11 conducted a sit-down interview once again.

I hoped five years later, there might be some tiny measure of peace for this grieving family. Sadly, there was little.

Robert Velasco, a retired lieutenant from the CHP, described his youngest as "an old soul.. wiser beyond her years."

His wife Mari, with aching emotion said in many ways the pain was worse now.

"There are moments of peace, periods of peace with our grandchildren. But the pain...the pain is forever."

Robert recently testified at the sentencing for the accomplice in his daughter's brutal mass shooting. I asked him if his testimony was healing.

"It felt good that justice was served, because he ( Enrique Marquez,Jr) supplied the weapons in the attack. But it doesn't bring back our daughter, that's all we want," he said.

After the interview, we drove to a nearby park in Fontana. 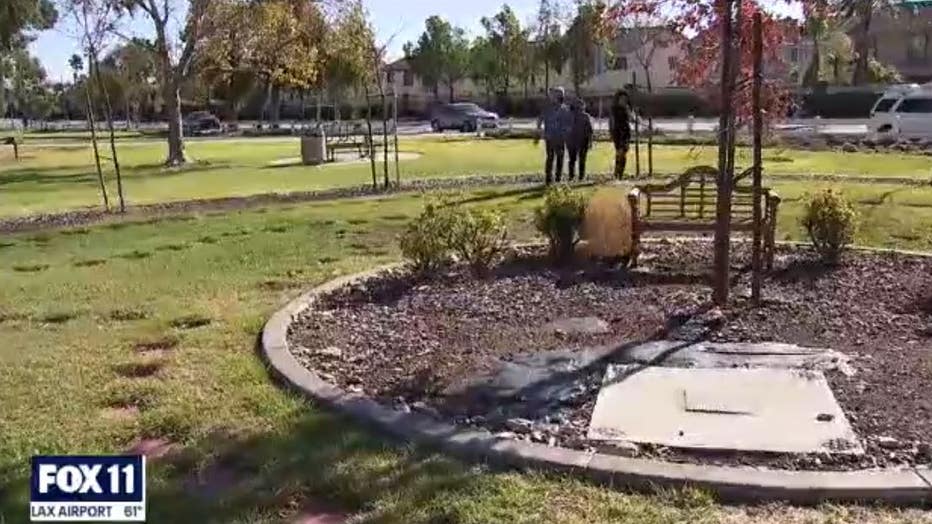 Within the park, is a tribute to Yvette and all the victims of the San Bernardino mass shooting. It's rich in symbolism. A tree is planted in each victim's memory. 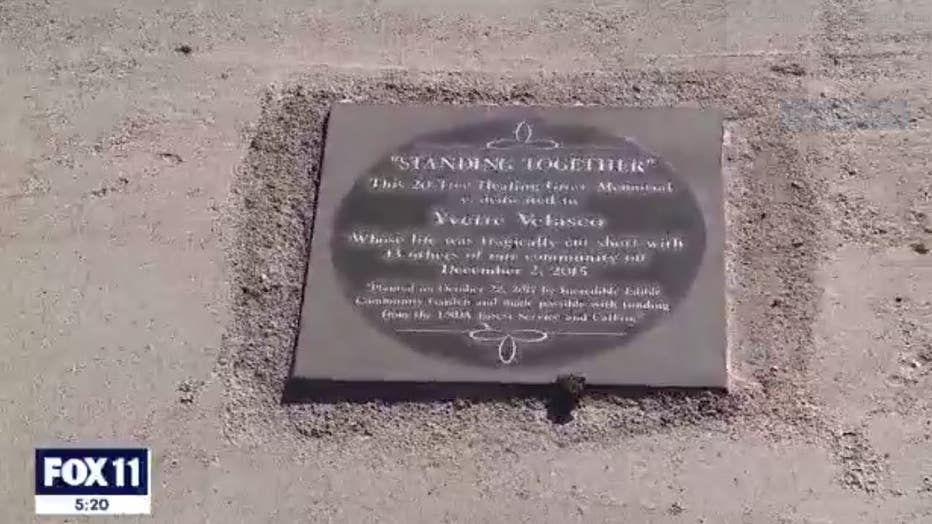 The tree representing Yvette is located at the center. And on the ground is a plaque dedicated to Yvette; which includes four intertwined hearts.

They symbolize the four Velasco daughters.