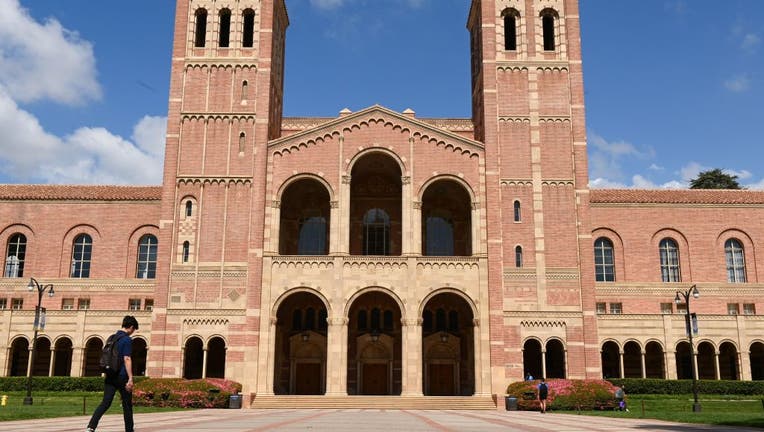 A student walks toward Royce Hall on the campus of University of California at Los Angeles (UCLA) in Los Angeles, California on March 11, 2020. - Starting this week many southern California universities including UCLA will suspend in-person classes d

LOS ANGELES - UCLA researchers and colleagues have received a $13.65 million grant from the National Institutes of Health to investigate and further develop immunotherapy known as CAR T, which uses genetically modified stem cells to target and destroy HIV, it was announced Monday.

The five-year grant, part of an NIH effort to develop gene-engineering technologies to cure HIV/AIDS, will fund a collaboration among UCLA; CSL-Behring, a biotechnology company that operates in the United States and Australia; and the University of Washington-Fred Hutchinson Cancer Research Center, according to UCLA.

Scott Kitchen, an associate professor of medicine in the division of hematology and oncology, and Irvin Chen, director of the UCLA AIDS Institute at the David Geffen School of Medicine at UCLA, are leading the effort.

The project will build on their previous research using CAR T therapy to combat the virus, which is constantly mutating and difficult to beat.

"The overarching goal of our proposed studies is to identify a new gene therapy strategy to safely and effectively modify a patient's own stem cells to resist HIV infection and simultaneously enhance their ability to recognize and destroy infected cells in the body in hopes of curing HIV infection," said Kitchen, who also directs the humanized mouse core laboratory for UCLA's Center for AIDS Research and Jonsson Comprehensive Cancer Center.

"It is a huge boost to our efforts at UCLA and elsewhere to find a creative strategy to defeat HIV."

The only known cure of an HIV-infected person was announced in 2008. The famous "Berlin patient" received a stem cell transplant from a donor whose cells naturally lacked a crucial receptor that HIV binds to in order to kill cells and destroy the immune system.

The main problems with this approach, the researchers say, are that the donor and recipient have to be highly matched-- often a rare event -- and that it often fails to produce a sufficient amount of HIV-protected cells that can clear the virus from the body.

"Transplantation of blood-forming stem cells has been the only treatment strategy that has resulted in a functional cure for HIV infection," Kitchen said.

"Over 13 years after the first successfully cured HIV-infectedpatient, there is a substantial need to develop strategies that are capable ofbeing used on everyone with HIV infection."