The California Highway Patrol and Orange County DA Todd Spitzer provided an update during a news conference on Monday afternoon.

According to Spitzer, the suspects will be arraigned at 10 a.m. at the Orange County Superior Court on Tuesday.

"It is time to do what the system is designed to do and that is to hold people accountable," he said.

The sentence for shooting into an occupied vehicle is seven years in prison, but it carries a sentencing enhancement that could add 25 years to life, Spitzer said.

It was a combination of factors, explains CHP Assistant Chief Dan Goodbran, when asked how they came about in finding the suspects in the death of Aidan Leos, the six-year-old shot while sitting on a booster chair in his mother’s car, in what investigators describe as a road rage incident. 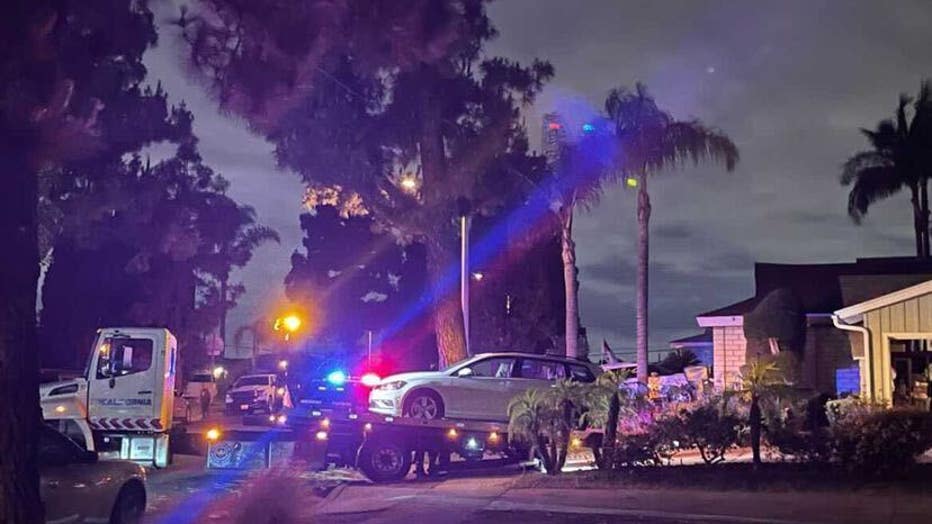 Picture taken on Sunday 1600 block of Richdale Drive in Whittier.

The suspect's vehicle was rare enough, only about 140 in the state, investigators immediately started matching DMV records with locations around the incident. At the same time, they received important tips, including videos from dashcams. Once they found a good hit and it all came together, there was some kind of short surveillance, while search warrants were put together. The vehicle, and the gun allegedly used in the shooting, were at different locations from where the pair was arrested. 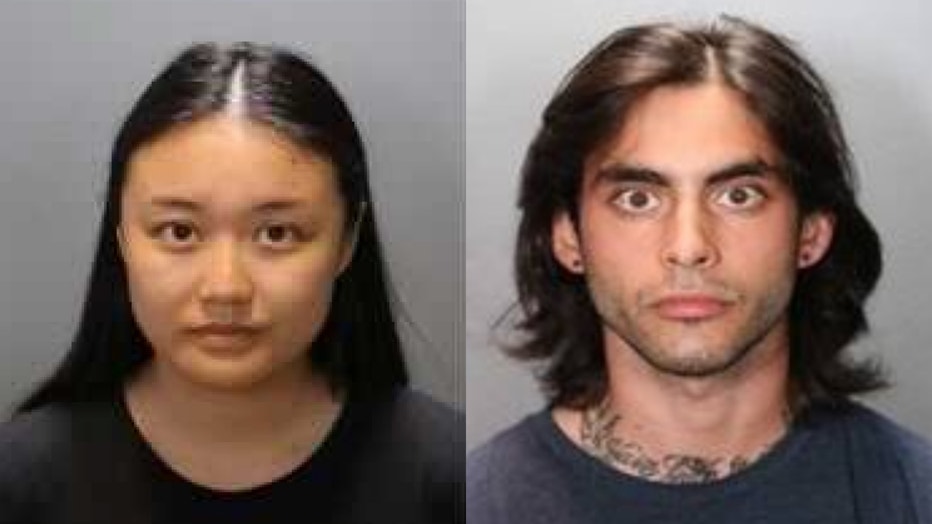 The California Highway Patrol arrested both suspects, Marcus Anthony Eriz, 24  and Wynne Lee, 23 at their Costa Mesa home. on Sunday.

We are learning more about the suspects arrested in connection with the shooting death of Aiden Leos.

Leos was shot and killed on the 55 Freeway in the city of Orange on May 21. Aiden and his mother were traveling from their Costa Mesa home to his kindergarten class in Yorba Linda.

"On behalf of Border Division Chief Omar Watson, and the Santa Ana Area, we are deeply grateful for the professionalism and tireless commitment of our investigators who have worked on this case from day one to find those responsible for Aiden’s death," said CHP Commissioner Amanda Ray. "While these arrests will not ease the pain of a mother’s loss, my hope is for the Leos family to have some peace of mind and to rest assured the CHP will work with the Orange County District Attorney to bring justice for Aiden."

CHP Border Division Chief Watson also thanked the Southern California community for its "indescribable outpouring of concern and hundreds of tips" that helped investigators find the killers.  "The Department has been in regular contact with the victim’s family and I assure you they, like us, are committed to seeing justice served," Watson said.

"This senseless crime tore at the community's heart and brought it together in outrage and sheer determination to find Aiden's killers," said Orange County Third District Supervisor Donald Wagner. "The CHP and District Attorney's office have been relentless in the pursuit of justice for Aiden. I congratulate them on these arrests and thank them for their dedication to the people of Orange County."

Funeral services were held on Saturday and only family, friends and invited guests were able to attend the service at Calvary Chapel Yorba Linda and livestreamed on YouTube.

Funeral services were held Saturday for 6-year-old Aiden Leos, who was shot in a road-rage confrontation on the Costa Mesa 55 Freeway in Orange.

Among the remarks by Aiden's mother, Joanna Cloonan: "You loved to play with toys for hours. You would create a whole world with characters within your vivid imagination."

Cloonan was driving Aiden to school on May 21, the morning he was killed, and noted: "Violence is an unacceptable way to settle our differences and because of this, my son lost his life."

"The senseless tragedy of Aiden Leos’ death has been felt by the entire community," Costa Mesa Mayor John Stephens said in late May. "We want to do what’s necessary to bring Aiden’s killer to justice, to take him or her off our streets, and to deter others from engaging in this type of dangerous conduct."

A cumulative reward of $500,000 included the $100,000 that Orange County supervisors approved in late May after Supervisor Don Wagner moved to offer a $50,000 reward from his office's discretionary budget and Supervisor Katrina Foley matched it. The boy's family has also been crowdfunding a $50,000 reward, and Foley says she has asked the city of Costa Mesa to offer a reward. On May 26, Orange County officials confirmed that $50,000 from another source of funds will be added.

"We are not going to talk about the reward, right now," said Goodbran, when asked repeatedly about it.

EDITOR'S NOTE: The names of the suspects were released incorrectly and have been updated.