ORANGE COUNTY, Calif. - Funeral services were held Saturday for 6-year-old Aiden Leos, who was shot in a road-rage confrontation on the Costa Mesa 55 Freeway in Orange.

The suspects remain at large despite a reward offer that has reached $500,000.

Only family, friends and invited guests were able to attend the service at Calvary Chapel Yorba Linda and livestreamed on YouTube.,

Among the remarks by Aiden's mother, Joanna Cloonan: "You loved to play with toys for hours. You would create a whole world with characters within your vivid imagination."

Cloonan was driving Aiden to school on May 21, the morning he was killed, and noted: "Violence is an unacceptable way to settle our differences and because of this, my son lost his life."

Aiden's sister, Alexis shared: "I think of all the memories we shared together, all the times we laughed and smiled, all the times he comforted me when I was sad. My brother was an example of God's gift to the world. What we should try to be like."

Among those in attendance was Orange County Supervisor Don Wagner, District Attorney Todd Spitzer, members of the Yorba Linda City Council and others who have donated to the reward fund for information leading to Aiden's killer. 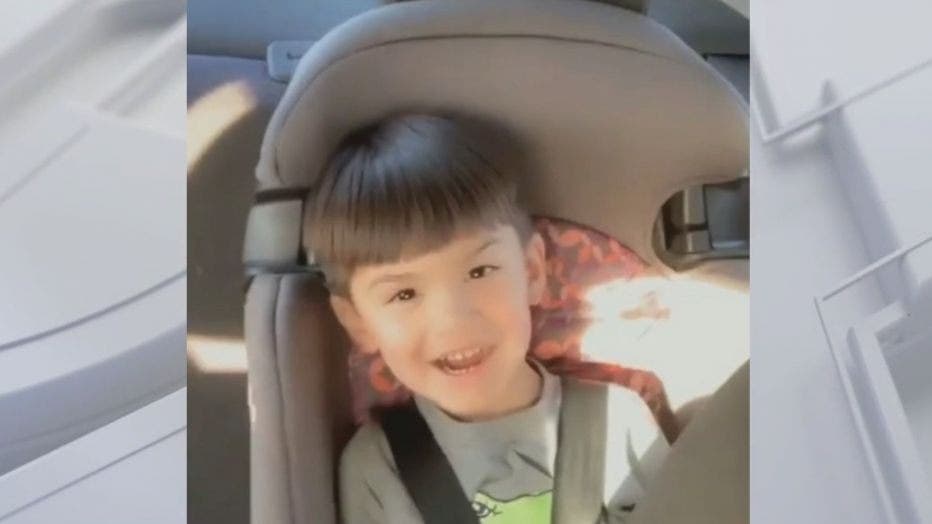 The reward fund grew to $500,000 on Thursday, according to Spitzer and the website aiden-reward.com.

In lieu of flowers, the family has requested that supporters make donations to assist the family through GoFundMe.

Aiden was killed May 21 while his mother was driving him to kindergarten in Yorba Linda. His mother, Joanna Cloonan, was driving a silver Chevrolet Cruze sedan with her son in the right rear passenger booster seat when another driver opened fire between 7:55 and 8:15 a.m. on the northbound 55 Freeway between the Garden Grove (22) Freeway and Chapman Avenue in Orange.

Reyes Valdivia and his wife stopped to help when they spotted Cloonan on the freeway shoulder pulling her son out from the passenger side of the car. He said she told them that when she tried to switch lanes to exit, a vehicle with a man and woman inside cut her off and she gestured to them and proceeded into the exit lane, which is when the bullet entered the left side of trunk and struck her son.

She called 911 and the boy was rushed to Children's Hospital of Orange County, where he was pronounced dead.

The California Highway Patrol released the photo of the suspect vehicle, which appears to be a white 2018 or 2019 Volkswagen Golf Sportswagen with non-tinted windows.

Investigators have not been able to obtain a license plate from the snapshot. The suspect vehicle was last seen going eastbound on the Riverside (91) Freeway toward Riverside, said CHP Officer Florentino Olivera.

Officials have said they believe a woman was driving the vehicle, with a male passenger.

Anyone with information was asked to call the CHP at 714-567-6000. The CHP has also set up the santaanachptipline@chp.ca.gov email to receive tips. Anonymous tips may also be phoned in to 800-TELL-CHP. Another website has also been created to help collect tips from the public -- www.aiden-reward.com.