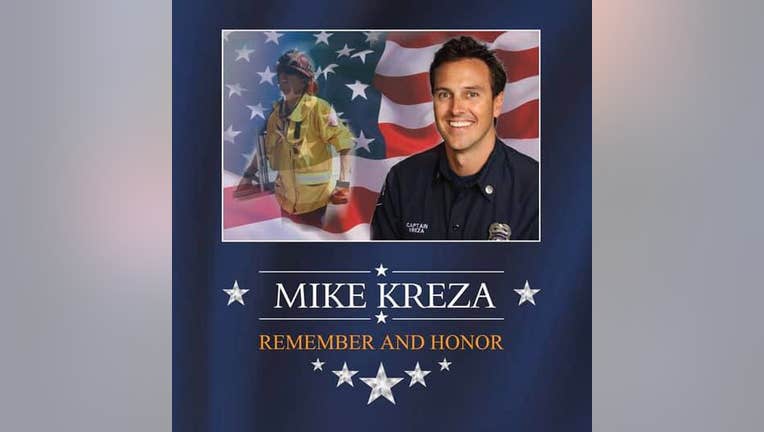 SANTA ANA, Calif. - A former addiction care center employee charged with second-degree murder was "loaded" on various drugs when he left a party in Westminster to drive home and collided with a Costa Mesa firefighter bicycling on a Mission Viejo sidewalk, a prosecutor told jurors Monday.

The attorney for Stephen Taylor Scarpa, who turns 28 on Tuesday, said his client was involved in a "tragic accident" and should not be convicted under a legal theory of "implied malice murder."

Scarpa faces a sentence of 15 years to life if convicted in the Nov. 3, 2018, death of 44-year-old Mike Kreza, a Costa Mesa Fire Department captain, who was run down on Alicia Parkway near Via Burgos about 8 a.m. 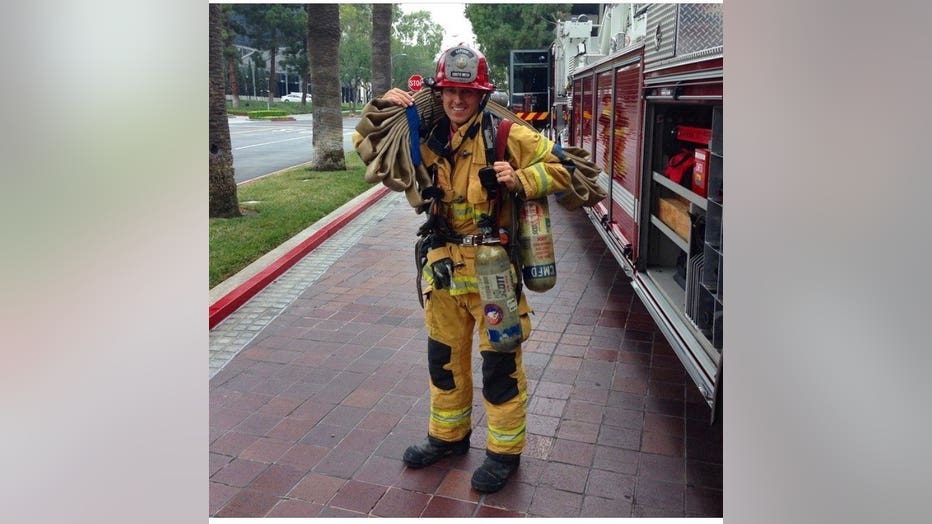 "He'd been up for days," Feldman said. "Loaded is the term he used in interviews (with police)."

Scarpa drove off the road and up onto the sidewalk, where the van crashed into Kreza, putting a hole in the vehicle's windshield and crushing the victim's bike, Feldman said. Kreza sustained skull and leg fractures and was rushed to an area hospital, where "he hung on for two days before he died," the prosecutor said.

"That's why he's here," Feldman said of the defendant. "His choices, his disregard for other people and his actions."

Feldman said when Scarpa was a student at Esperanza High School in Anaheim, he participated in an anti-DUI program featuring a mock deadly DUI crash. Students who take part in the several-day program are taken out of class by a "grim reaper" character to stay at a hotel to symbolize their removal from life, Feldman said, and also write their own obituaries and letters to their parents.

Scarpa also worked as a driver for Beachside Recovery, which treats addicts, and had to show he was drug-free with periodic tests as a condition of employment, the prosecutor said.

Among his duties was administering drugs to the clients, Feldman said, noting that Scarpa "was warned and told the safety of the clients and yourself depended on being sober."

Scarpa "lost that job" when he called in one day to say he had "relapsed," Feldman said, calling the defendant a "self-described addict and alcoholic."

Scarpa was in a prior accident because "the pills" he was taking "made him tired" while driving, according to Feldman, who said one of those prescribed medications was Gabapentin, a medication for seizures.

When questioned by deputies after the crash that killed Kreza, the defendant said "he had been partying for days," Feldman said, and had "fresh track marks" when he was taken into custody. He admitted driving under the influence while his daughter was in his vehicle prior to the collision and that he felt "disgusted with myself," according to Feldman.

"He was aware on that day he was intoxicated," and admitted to deputies, "I messed up," according to Feldman.

He said Scarpa got into some sort of dispute at a party in Westminster and was "desperate to get out of there." He understood "the risk, but he did it anyway so he could get home and take a nap," Feldman alleged.

When Scarpa was booked, he said, "It's about time," according to the prosecutor.

Scarpa's attorney, Rudy Loewenstein, countered that his client made that comment because he had undergone hours of questioning and other processes before he was finally booked.

Loewenstein said there was no evidence that his client was driving erratically before the collision.

"He thought he could make it, he thought he was OK to drive down to Mission Viejo to his grandparents' house, where he lived," Loewenstein said. "This is a tragic accident, yet he's charged with murder."

The defense attorney said the evidence will fail to show the defendant was "deliberately acting with a conscious disregard for life ... He has to show he acted dangerously and that he didn't care."

Loewenstein added, "What happened happened in a split second in time... He fell asleep for a fraction of a second," which led to a "perfect storm of events."

Scarpa regained control of the van after striking the bicyclist and then parked it "snugly" against the curb and walked back to the victim, where he met and "cooperated" with deputies, Loewenstein said.

He also told the jury that prescription bottles found in the van do not say "do not drive."

"They say you have to take these pills for awhile before you know the effect on driving," Loewenstein said. "At the end of this case, I will be asking you to return a verdict of not guilty."