LOS ANGELES (CNS) - Traci Park was holding a comfortable lead over Erin Darling Wednesday and appeared headed toward victory in the race to replace City Councilman Mike Bonin in the 11th District, according to partial results released by the Los Angeles County Registrar-Recorder/County Clerk. 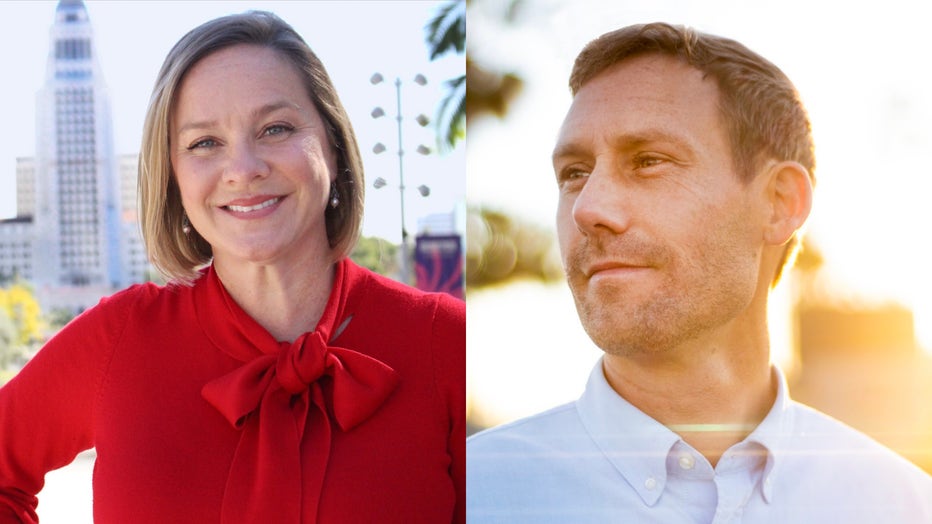 The race is a contest between two lawyers with different viewpoints on how they would approach the position.

Darling, a civil rights attorney, won 35% of the vote in the June primary. Park, who focuses on labor and employment law and civil rights litigation, finished second at 29%. The 11th District stretches along the Westside of the city along the Pacific Ocean.

Bonin decided not to run for a third term, but his legacy looms large in this race. One of the more progressive members of the council, Bonin was one of two dissenters on adjusting the 41.18 ordinance that made it illegal for encampments to be within 500 feet of schools and daycare centers.

Park has sought to portray Darling as similar to Bonin, beginning with the approach to the 41.18 ordinance. Darling told City News Service that while he would enforce the ordinance because it is the law, he disagreed with the emphasis on enforcement.

"That's the status quo, in my opinion, is the focus on closing one place down and just pushing people two blocks over as opposed to a pathway off the streets," Darling said.

Park's campaign did not respond to interview requests from City News Service.

At a candidate forum hosted by the Pacific Palisades Democratic Club at Palisades High School in October, Park said she was in full support of the ordinance and would seek to expand it to areas around libraries, parks, canyons, hillside communities and sensitive environmental habitats.

"I have called out irresponsible and failed approaches to homelessness and homeless interventions that we have seen in our community," Park said.

Darling, meanwhile, claimed that if Park won, she would be the "most conservative member" of the council. Both Darling and Park are Democrats.

Darling said one of the ways he would differentiate himself from Bonin would be by working to improve basic constituent services.

Darling touted his experience as a lawyer representing tenants as a plus in addressing the city's homelessness crisis, noting the challenge of the expensive real estate on the Westside. He suggested utilizing vacant motels, commercial space and city-owned land for modular housing.

"There are ways that we can address this, not just buying up a private parcel and spending years to develop it," Darling said. "We can be smarter about how we do it."

Park, during the candidate forum, said that she was "concerned about the assault on women's rights" amid the Supreme Court overturning Roe v. Wade. She said she would support using federal infrastructure funding to bring drought mitigation measures to Los Angeles.

On building housing, Park said she would support "smart, sustainable developments in places where it is appropriate," adding that she "will make sure that developments are compliant with environmental, regulatory and other zoning requirements."