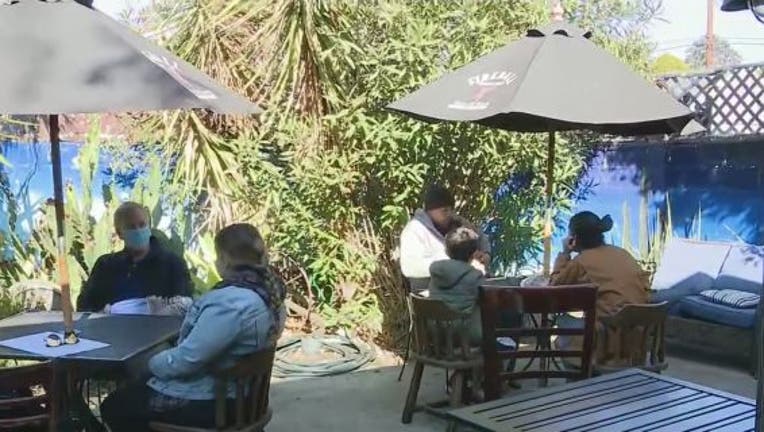 BURBANK, Calif. - Up until his arrest, the owner of a Tinhorn Flats was not going out without a fight and said on Thursday he will continue conducting business by offering drinks after the City of Burbank "attempted" to board up the saloon and restaurant.

"City attempted to board us up. No problem! Will be open today normal hours! Come on in for some drinks," the caption read in a Facebook post on Thursday afternoon.

After spending much of the day trying to stick it to the city of Burbank, police arrested Lucas Lepejian Thursday night. The Tinhorn Flats co-owner was charged with violating court order, the Burbank Police Department confirms.

Just last week, a judge ruled he was leaving a temporary restraining order in effect pending another hearing scheduled for later this month while the city and restaurant resolve their months-long dispute. The next hearing is scheduled for Friday, April 9.

Officials say the restaurant and bar located on Magnolia Boulevard has repeatedly defined coronavirus health orders to close, including its refusal to stop offering outdoor dining when all in-person was banned in Los Angeles County.

Last month, a Los Angeles Superior Court signed off on the city’s ability to shut off electricity for defying the health orders that were in place. On March 8, the court also issued a temporary restraining order and required that it could not reopen without a County health permit and city conditional use permit.

In December 2020 when all in-person dining was banned due to a county health order, protesters gathered to show solidarity against COVID-19 restrictions. Owner Lucas Lepejian, who said his family has owned the place for almost 20 years, admitted to openly defying the ban on outdoor dining.

"I've got nothing left to lose," he said when FOX 11’s Phil Shuman asked him about fines or losing his license. "I'm opposing tyranny...I'm doing COVID-19 safety protocols," he said.

That day, he also said he received a brief afternoon visit from the health department, which resulted in a $500 fine.