A hearing was held Monday involving a Burbank saloon accused of breaking the state and local in-person dining ban back in December of 2020.

BURBANK, Calif. - The City of Burbank will be taking civil action against a Burbank saloon seeking closure of the restaurant after revoking its operating permit following allegations that the business broke the state and local in-person dining ban back in December 2020.

On Tuesday, the Burbank City Council voted unanimously to authorize the initiation of a civil action against Tin Horn Flats to seek closure of the restaurant.

In a statement released Wednesday, city officials said, "The City is acting as expeditiously as possible within the confines of the Court system. More details as to the specifics of the action and the defendants will be released upon inquiry once this action is filed in court."

"If they do not comply, then the city's remedy would be to file a civil suit and to get some kind of order from the court to enforce closure of the restaurant," Albano explained.

The city attorney added that the restaurant can also take the city to court.

Back in early December, FOX 11 reported on Tinhorn Flats openly defying the county and state's outdoor dining ban. Tinhorn Flats brought in customers when FOX 11 was at the saloon's patio to speak with the owner. 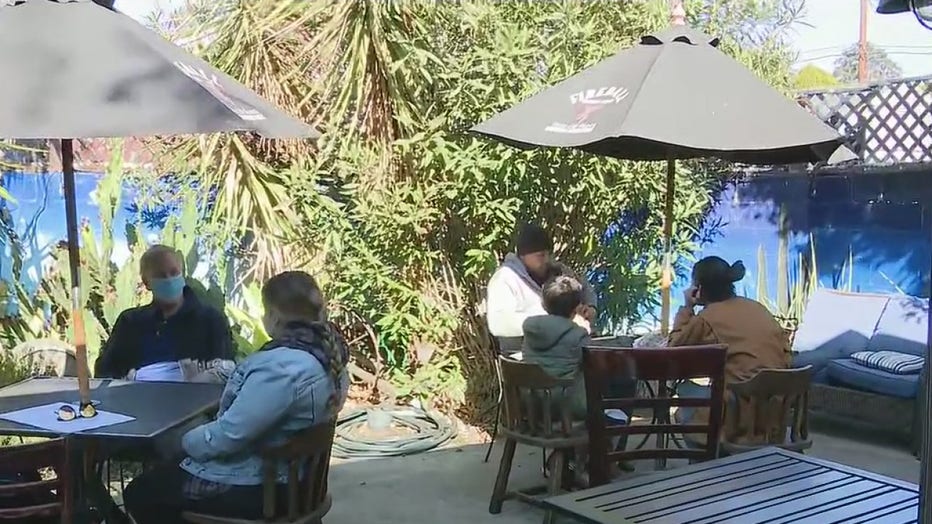 During the Dec. 2020 interview, the saloon owner was not concerned about the risk of losing his license or being issued fines.

Back in December, Lepejian told Shuman he could lose his liquor license, which costs around $100,000.

Fast-forward to February 2021, the saloon has officially lost its permit.