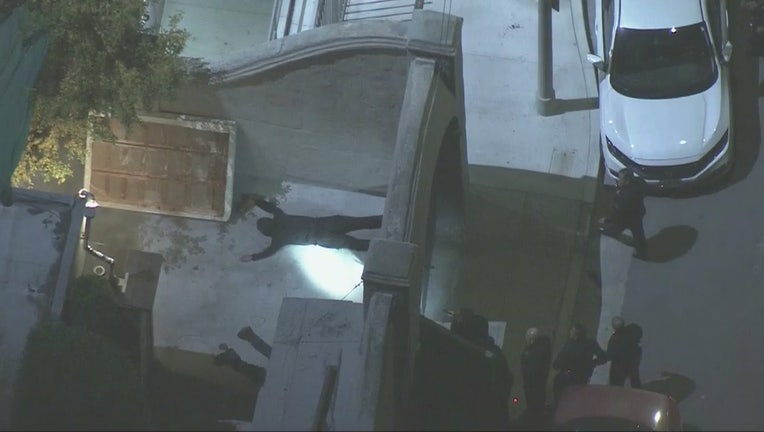 LOS ANGELES - A suspect was arrested Friday night after he parallel parked an allegedly stolen van in Hollywood.

It was not immediately clear where officers began tracking the van, but just before 8 p.m. the suspect parked in the area of Lillian Way and Lexington Avenue and then ran into an apartment complex, according to reports from the scene. 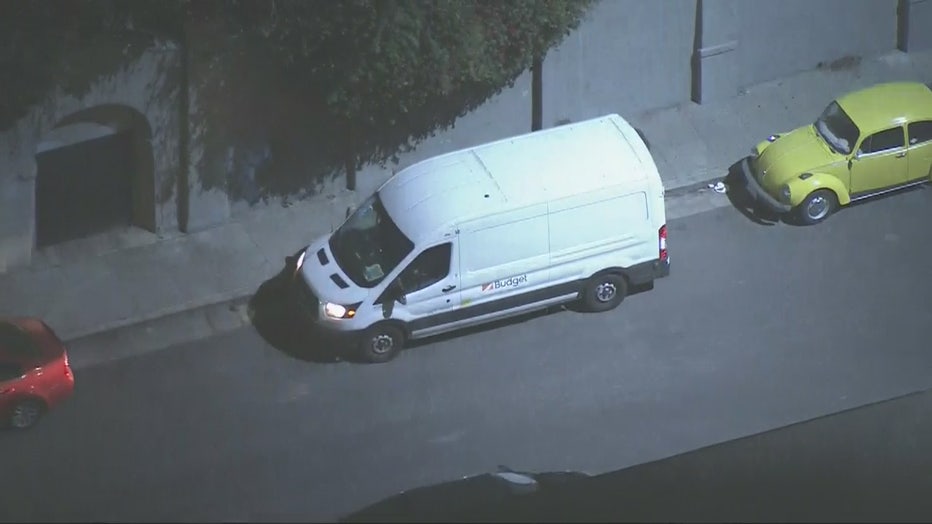 Officers arrived soon after and took the suspect into custody.