A suspect, wanted for armed robbery, barricaded himself inside a McDonald's in the Willowbrook area of Los Angeles County.

LOS ANGELES - A suspect was taken into custody after barricading himself inside a McDonald's after allegedly robbing a Denny's in Los Angeles County.

The suspect, who is believed to be armed, entered a Denny's restaurant on 11700 Wilmington Ave., in the neighborhood of Willowbrook, just before 2 p.m. Wednesday.

He then exited the Denny's and ran into a McDonald's, which is on the same property, and barricaded himself inside, LA County Sheriff officials said.

Everyone inside McDonald's evacuated; the suspect was apparently throwing and breaking things inside. Some witnesses said he was armed with a knife.

Images from SkyFOX showed the suspect walking in and out of the McDonald's. He appeared to be talking with authorities and smoking a cigarette. After a short time, the suspect was shot with less-than lethal force and taken into custody. 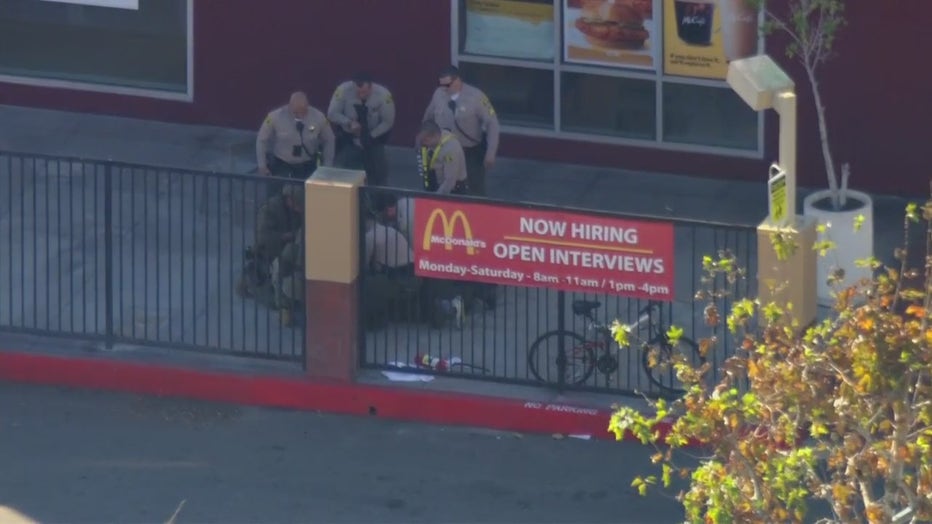 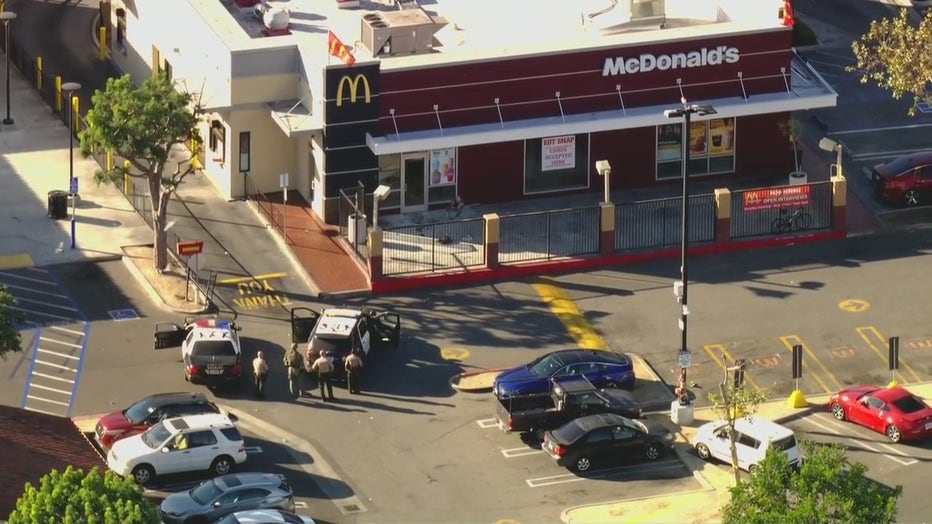 A manager and a few customers inside the Denny's were injured.

The identity of the suspect is not known.