Another Nordstrom in LA County hit by robbers

A robbery incident is under investigation in Southern California, this time in Canoga Park.

LOS ANGELES - Yet another robbery incident was under investigation at a retail store in Southern California, this time in Canoga Park.

The Los Angeles Police Department initially responded to a possible smash-and-grab call from a Nordstrom at the Westfield Topanga & The Village in Canoga Park a little after 7 p.m. LAPD Deputy Chief Alan Hamilton told stringer crew on scene that a group of suspects – possibly a total of five people – entered the Nordstrom and ran off with items from the store.

LAPD later confirmed it was a robbery, not a smash-and-grab incident that was being initially reported. 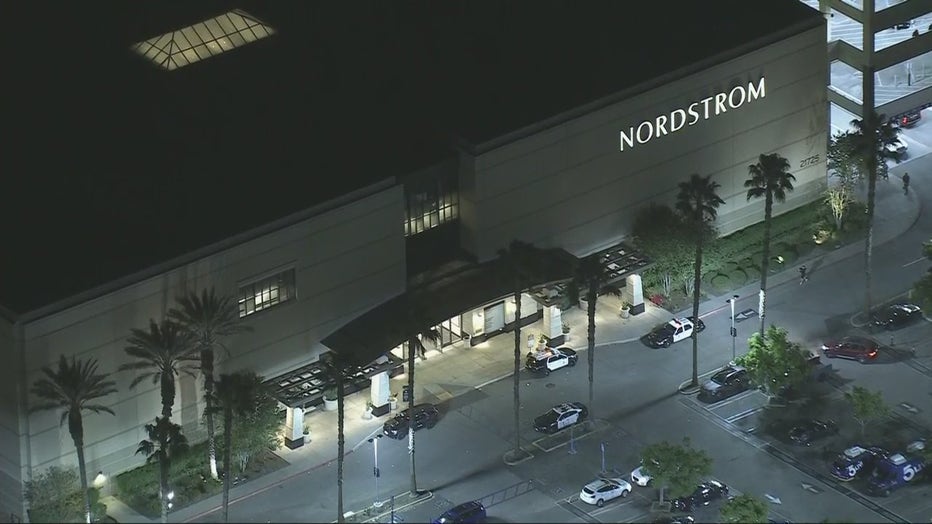 At one point during the alleged robbery, one of the suspects sprayed a security guard with an unknown substance, Hamilton told the crew on scene. LAPD is not sure if the substance was pepper spray or if it was something else.

The security guard is expected to be OK, LAPD said. No one else was hurt in the incident.

The five suspects ran off from the shopping center in a gray Ford Mustang.

As of Wednesday night, no arrests have been announced in connection to the smash-and-grab incident.

Wednesday's incident comes as law enforcement officers across California deal with robberies targeting high-end retail centers. LAPD had previously responded to a smash-and-grab incident at a different Nordstrom earlier in the week at The Grove. That incident led to three of the 20 suspects being arrested.

Over the weekend, police in Beverly Hills responded to incidents with criminals trying to break into stores in the area with sledgehammers. The suspects in those cases, however, failed in their robbery mission as the windows they tried to smash were made of bulletproof materials.