Smash-and-grab attempt: Suspects try to break into department store at The Grove

Three suspects are in police custody Tuesday after they were arrested in connection with a reported smash-and-grab robbery at the Grove.

LOS ANGELES - Three of 20 suspects accused of using hammers to break into a department store at The Grove were arrested Tuesday, police said. The suspects also led authorities on a pursuit earlier that evening.

Officers with the Los Angeles Police Department were in pursuit of the robbery suspects late Monday night. The group of suspects led police on a chase from the Fairfax District to Mid-City and then parts of South Los Angeles.

The chase suspects eventually ditched the car in the Vermont Vista neighborhood. 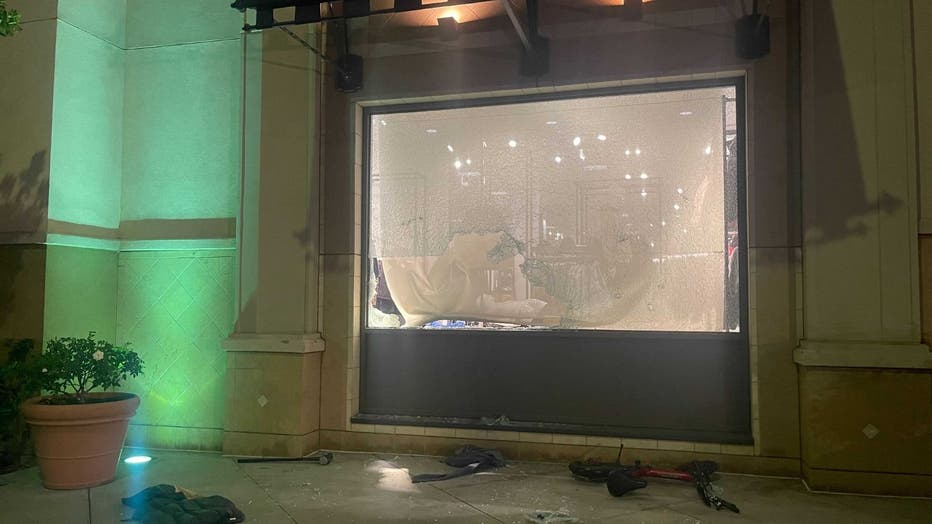 Authorities first responded to the call of a burglary at a Nordstrom in the 100 block of The Grove Drive. Monday night's incident comes as robbers targeted high-end retail stores across California. Over the weekend, a suspect tried to use a sledgehammer to break into one of the businesses in Beverly Hills – and failed due to the fact that the windows they targeted were bulletproof.