LOS ANGELES (CNS) - A Rainbow Halo disc has been installed at the West Los Angeles intersection near where a 32-year-old woman was killed when her car was struck by a Lamborghini SUV driven by a 17-year-old boy.

Monique Munoz died at the scene of the Feb. 17 crash near the intersection of Olympic Boulevard and Overland Avenue. 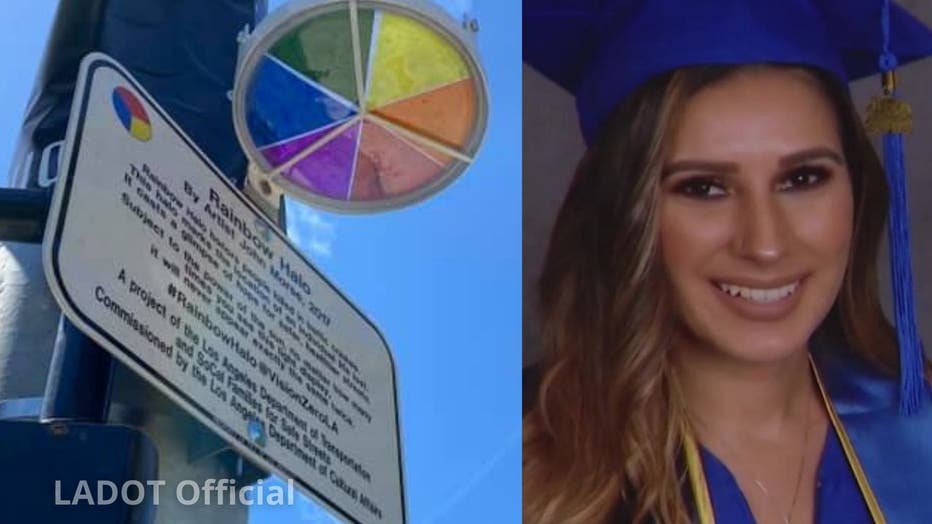 The teen was driving 106 mph at the time of the impact, according to the Los Angeles County District Attorney's Office.

The teenager, who confessed to vehicular manslaughter, was placed on house arrest pending his next court appearance in Inglewood on June 30, when a disposition date is scheduled to be set.

"May this Halo serve as hallowed ground to both mourn her life that was cut way too short and also serve to remind drivers that there are very real consequences for street racing and careless driving," Councilman Paul Koretz told City News Service before joining Los Angeles Department of Transportation General Manager Seleta Reynolds and members of Munoz's family at the Saturday ceremony.

"I continue to stand with Monique's family and friends, because justice for Monique must prevail and be our priority. Monique is now an angel in the City of Angels, watching over her family and friends and will continue to be remembered as a vibrant young woman who was the joy of all who knew her and were around her." 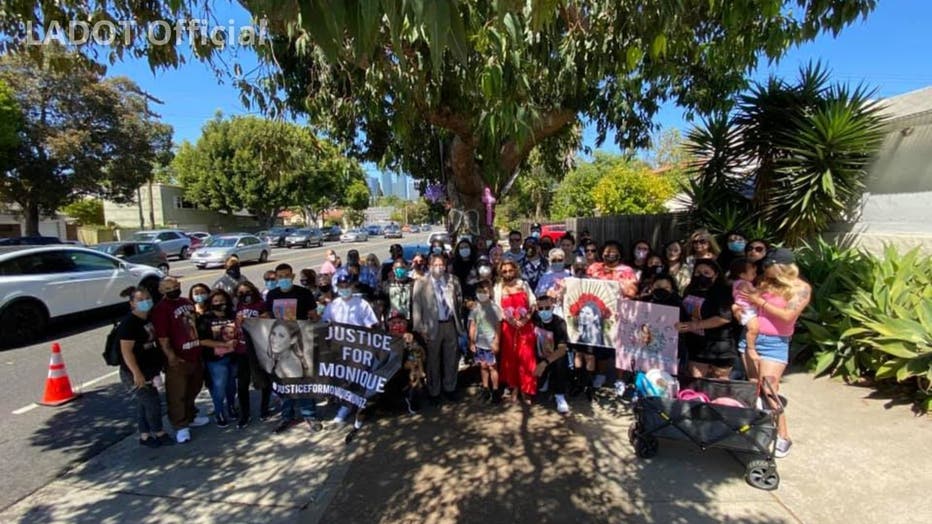 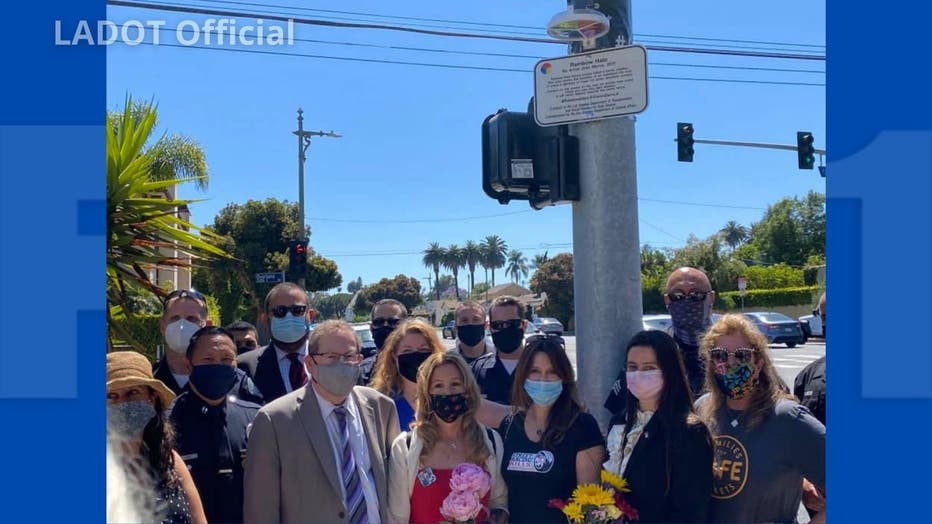 Munoz's mother Carol Cardona said her goal "is to advocate as a grieving mother to anyone else out there that may need a shoulder to cry on or just someone to talk to."

"Just from my experience, I want to be able to be there for somebody else because my daughter's life was taken and that's not OK," Cardona said.

The Rainbow Halo is a public art piece by John Morse commissioned by the Los Angeles Department of Transportation and Department of Cultural Affairs and installed at the location of traffic fatalities to memorialize victims and draw attention to the issue of preventable traffic deaths in Los Angeles.

The Rainbow Halo is a multi-colored disc that hangs overhead on a street pole. When sunlight shines through the disc, it casts a rainbow-colored shadow on the ground. An accompanying plaque explains the significance of the Halo. 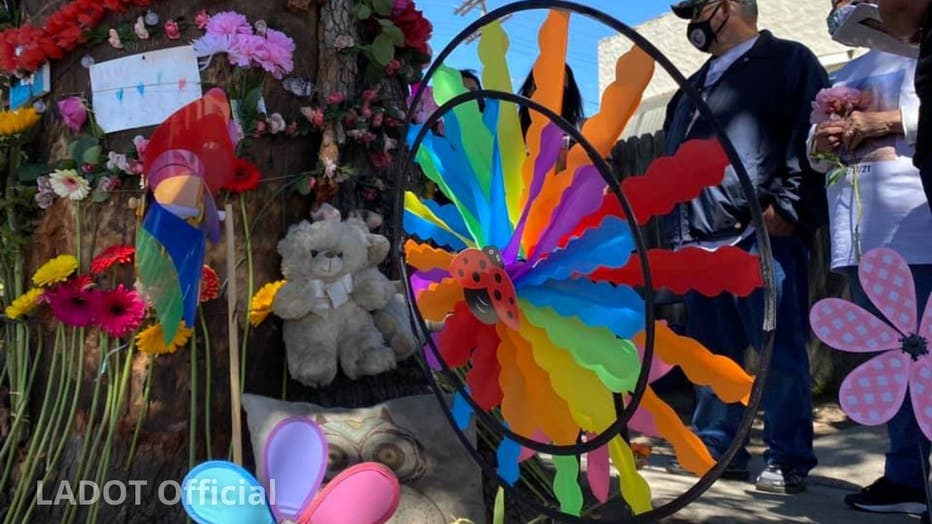 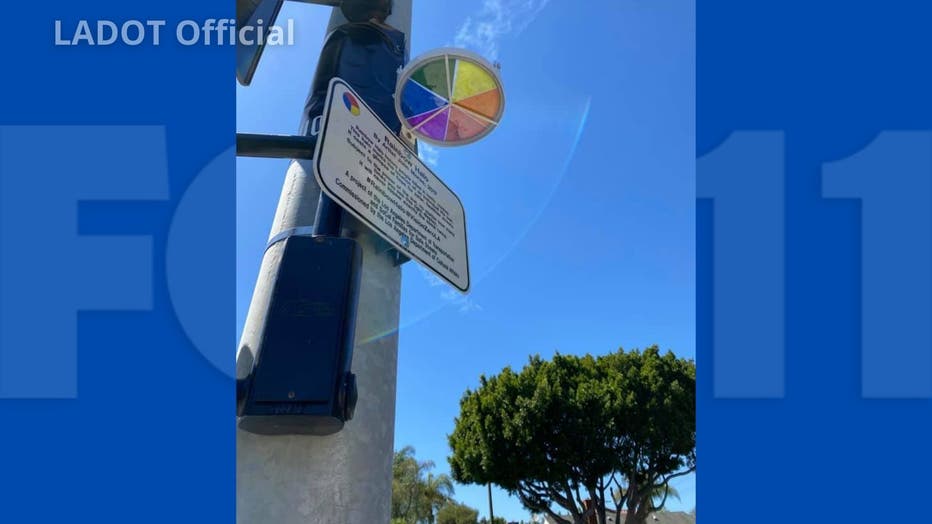