Officials are looking at how to apply an anti-camping ordinance that prohibits people from keeping their belongings on public areas like sidewalks.

HUNTINGTON BEACH, Calif. - The city of Huntington Beach is cracking down on its homelessness issue.

Officials are looking at how to apply an anti-camping ordinance that prohibits people from keeping their belongings on public areas like sidewalks.

After Tuesday's virtual council meeting, the in the area battling homelessness may at least get some sort of notice, like a 24-hour posted warning and have the city not destroy the belongings for at least 90 days.

Those were the issues being discussed, as the city tries to deal with its homeless population.

After large homeless navigation and shelter built late last year on Beach Boulevard, Huntington Beach police tried to steer more people to the center and used the law to move people from the streets and parks.

A group of homeless advocates sent a letter to the city, expressing their concerns, particularly the part that includes possible misdemeanor fines for people violating the order.

City officials looked at ways to make the ordinance clearer, for law enforcement to enforce, and abide by legal precedent that prohibits police from seizing private belongings without proper notice. 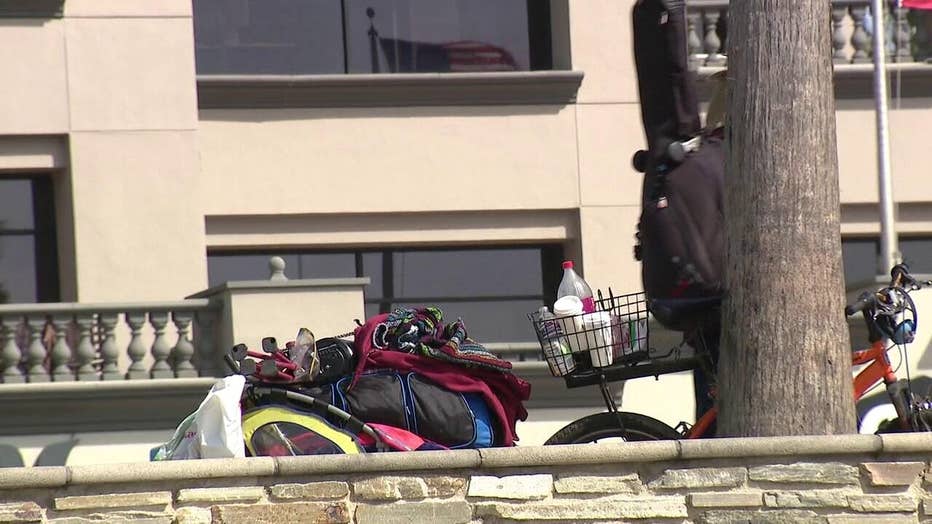 Huntington Beach has made it a priority to deal with the homeless problem in their city, like other beach communities that have faced legal challenges and court orders asking them to do more to deal with the growing problem.

Other cities are looking at what they are doing, particularly the enforcement of not camping policies, for guidance.

The virtual meeting began at 6 p.m.