A tribute to the fallen: Piece for Peace

Sept. 27th marks one year when the war began between Armenia and Azerbaijan. For 44 days that followed, thousands lost their lives, schools, medical facilities, cultural sites were destroyed, up to 100,000 people were displaced— and to this day over 200 Armenian POWs have not been released.

LOS ANGELES - September 27 marks one year since the war began between Armenia and Azerbaijan. For the 44 days that followed, thousands lost their lives, schools, medical facilities, cultural sites were destroyed, up to 100,000 people were displaced— and to this day over 200 Armenian POWs have not been released.

Through it all, the local community here in Los Angeles united in an incredible way— people mobilized quickly to raise funds and bring awareness.

Matt Donnan has been creating art with aluminum cans for years.

"I've always been fixated on how they managed to keep the label on there; the colors are so beautiful to me. You know it has always been my hope that the aluminum work could see could serve a greater good," said Donnan.

His latest piece is of an Armenian soldier named Albert Hovhannisyan, and this has become something bigger than anything Donnan could have ever imagined. 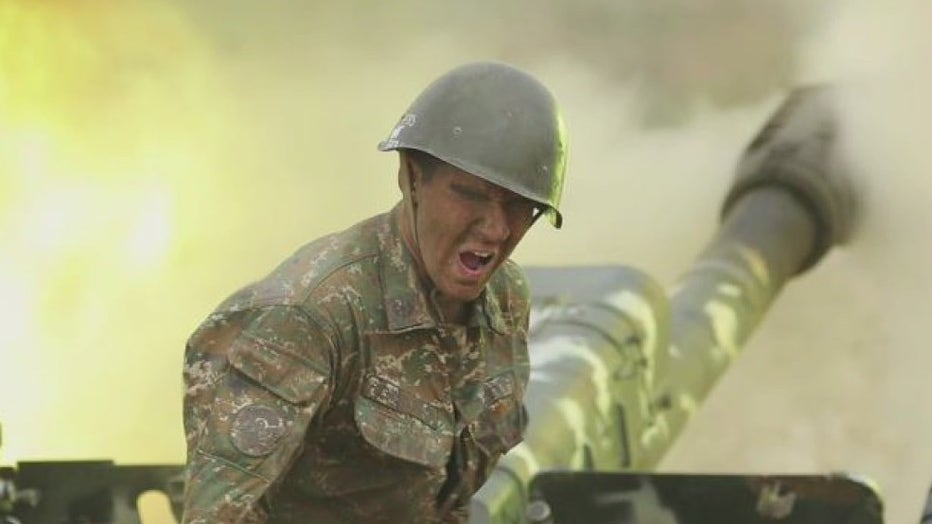 Albert Hovhannisyan was a junior sergeant in the Armenian Army. This photo of him on the frontlines quickly became an iconic image. Hundreds of media outlets around the world used this very image while covering the 2020 Artsakh War. Sadly, not long after this picture was taken, he was killed. He was 19.

"When I posted that Albert had passed away, Matt contacted me and he wanted to provide his support for the cause and made a donation from himself and his family. So when I went over again to receive the donation, we were in his garage where he does most of his work and he offered to build a piece," said Andranik Taranyan.

Taranyan and Donnan have been friends for years and when the war started on September 27, 2020, Taranyan became heavily involved in fundraising efforts. He was busy raising awareness, posting stories and updates about what was going on, while Donna followed along.

"It became evident to me that the world was willing to turn a blind eye. I have a hard time wrapping my head around that," said Donnan.

"This 19-year-old kid dressed in military garb, on the frontlines, putting his life on the line… and it just seemed like we connected with that emotion right away and that's what we wanted — I wanted to bring it to life. For me really at the time, what kind of sparked my imagination was that we can use the art to bring awareness to what was going on," said Taranyan.

"Nobody was paying attention, nobody was watching. My motto is if nobody's listening I’m going to talk louder," Donnan added. 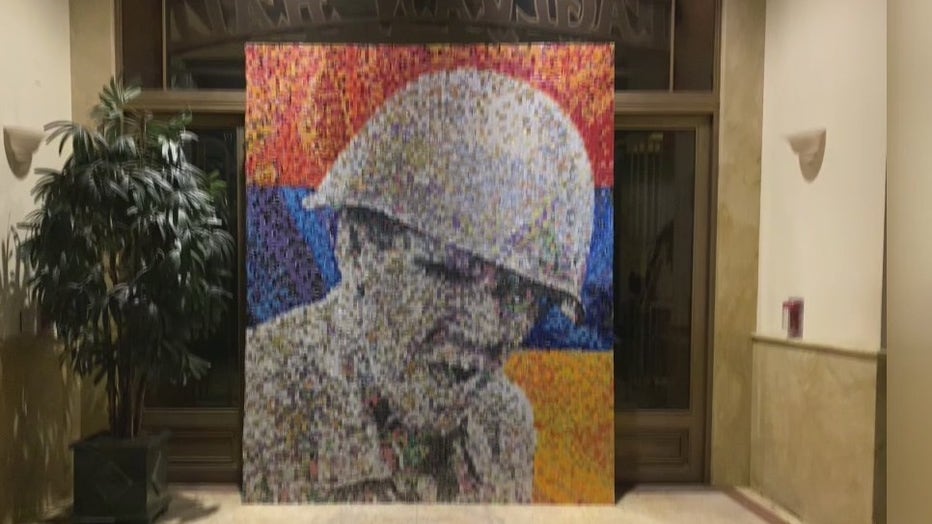 This project "Piece for Peace" truly became a community effort. Donnan said seeing the community come together to bring their vision to life is something he will never forget.

"It's like building an enormous puzzle and that day that we held the event, 60 people came together to build the puzzle," Donnan explained.

"We probably spent over 1,000 man-hours to finish the piece, we started mid-October and finished by mid-December right before the holidays," said Taranyan.

"The portrait of Albert is a reminder to everyone of what happened in 2020; it is a reminder and a tribute to all the young lives. I feel hopeful, hopeful that the community can continue to come together," said Taranyan.

Recently, the public had an opportunity to see this piece during the local screenings of the documentary "45 Days: The Fight for a Nation." They’re still searching for a permanent location to display the artwork— somewhere where the general public can have access to it.

RELATED: '45 Days: A Fight For A Nation' documents what happened between Armenia and Azerbaijan in Artsakh

A candlelight vigil is planned Monday night to commemorate the 2020 Artsakh War, at 8 p.m. on North Artsakh Avenue in Glendale.