Learn more about the documentary '45 days: The Fight For A Nation'

The documentary "45 Days: A Fight For A Nation" tells the story of what happened between Armenia and Azerbaijan in Artsakh during the war of 2020.

The documentary "45 Days: A Fight For A Nation" tells the story of what happened between Armenia and Azerbaijan in Artsakh during the war of 2020.

A screening was held at TLC Chinese Theater in Hollywood Thursday to kick off its traveling tour.

"People really didn't see what was going on on the ground. There was a lot of disinformation and misinformation. So there I was, as a British guy, running around the frontlines reporting for Instagram and it was this new way of reporting," said Emile Ghessen, Director of "45 Days: The Fight For A Nation."

In Los Angeles, Asko Akopyan was one of the thousands of people following British documentarian Emile Ghessen's coverage.

"This was really the first time I think any of us were watching a war on Instagram," said Asko Akopyan, who was a producer for the documentary.

With all the content Ghessen had gathered, in addition to the encouragement by his followers, he decided to put a documentary together. 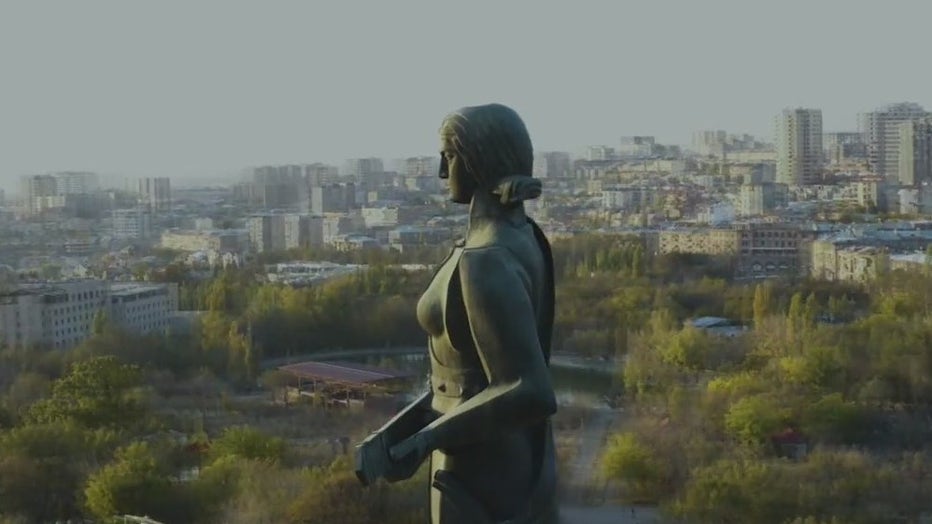 "This one blew up very quickly, especially from the diaspora, and a lot of them are in Los Angeles. They were very supportive of the project," said Ghessen.

Akopyan had recently completed his latest film "Songs of Solomon," which was Armenia's official selection for the best international feature film category at the 93rd Academy Awards. He wanted to be a part of this project. For him, it was also very personal.

"We were just so emotionally involved with this, and when we lost… specifically for my mother, it was a pretty difficult moment, you know. She took it really bad. So that's when I really decided that I want to get involved and do this. Then we all got COVID and then my mom died in January 2021 and that kind of really put it into perspective that I wanted to make this film and hopefully dedicated to her," he said. 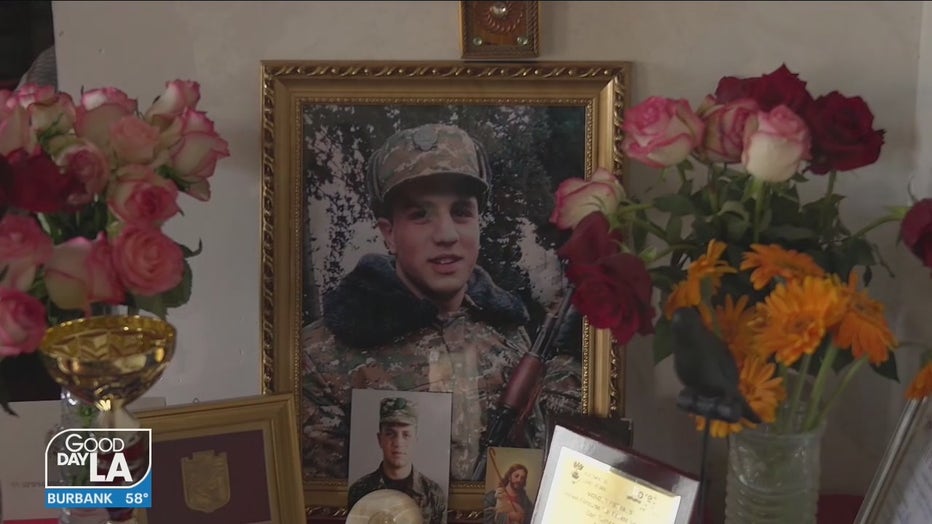 "This was a very difficult part of my life, but I feel like the documentary really helped me cope with it and go back to working on something that meant so much to my mom and everyone across the diaspora and around the world. I think I made the right choice," said Akopyan.

This was Akopyan’s first documentary film and Ghessen has done a number of documentaries.

"Originally, it is a war documentary, he’s on the frontlines documenting, but once we lost, we kind of shifted gears a little bit," Akopyan explained.

"There was an even bigger story after the war ended and that's why we're called it 45 days. The war was 44 days, but on the 45th day, that’s where the peace deal was signed and everything changed," said Ghessen.

"This documentary isn't about war in the sense is not all bullets and bombs. We are telling a story that the international audience can relate to," said Ghessen.

"It is going to be a tough watch for a lot of people, but they need to watch it to understand what went on and as some people have said to us, it was a bit of closure for watching this," said Ghessen.

"There is a bit of closure, also an uplifting experience, it does end on a higher note, although the end result was not what we wanted. The takeaway from this would be we kind of watch the film, we go back in time, a little bit where we're all emotionally engaged and we come out of it with the notion that it is not over, we can regroup and come back and rebuild," said Akopyan.

The tour's next stop will be in Fresno, followed by San Francisco, then back to Los Angeles before heading to other cities around the country.

For more information on tickets, screenings and the release, visit the documentary's website.