PICO RIVERA, Calif. - A group of animal rights activists and community members held a vigil Thursday night outside of Manning Beef Company for the herd of cows that escaped a slaughterhouse in Pico Rivera.

The vigil was organized by the Animal Alliance Network and dozens of people attended the event to raise awareness. 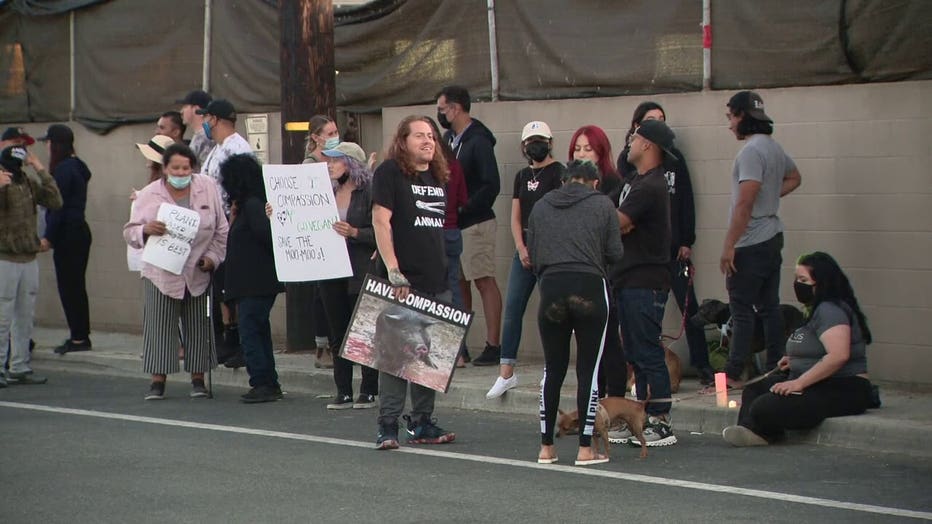 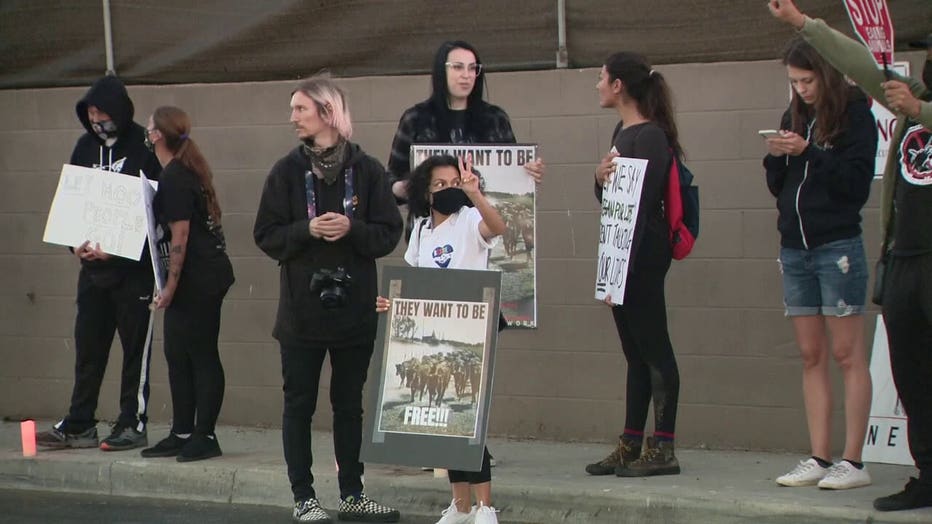 A herd of cows was caught on camera running away from deputies after escaping a slaughterhouse.

The vigil follows award-winning songwriter, Diane Warren, coming forward to spare the life of an escaped cow that was captured Thursday morning in the South El Monte area. 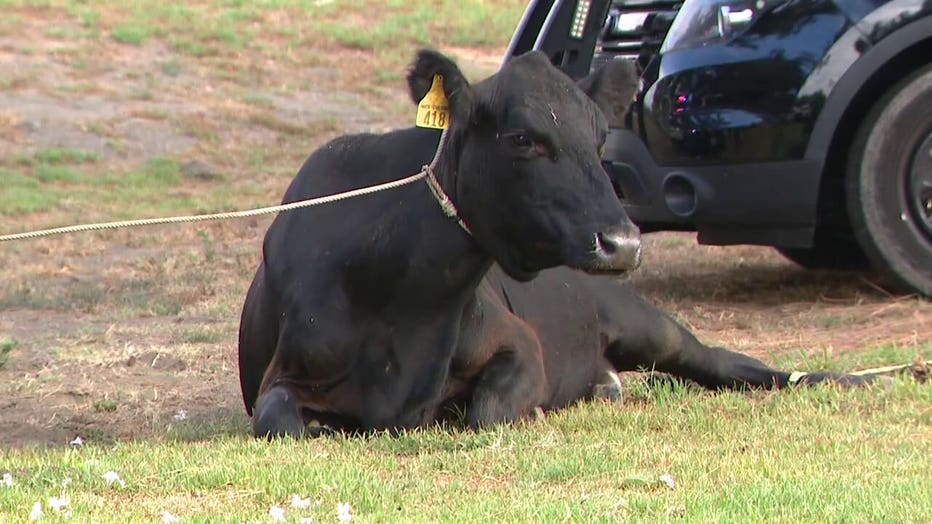 Ellen Dent, one of the organizers of the vigil, said she was told all of the cows that escaped have already been killed except one.

"I was horrified. They [the cows] must have been terrified. Being back here [at the slaughterhouse] means being killed," said Dent. 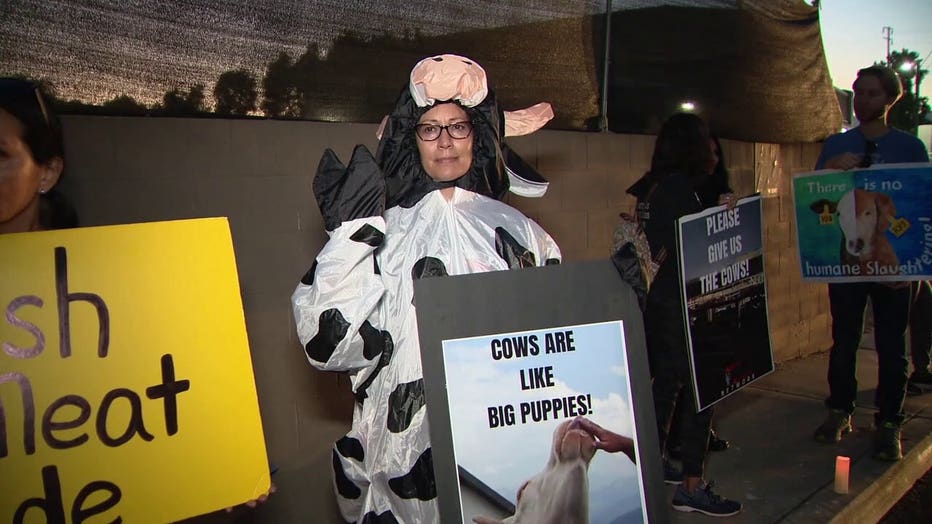 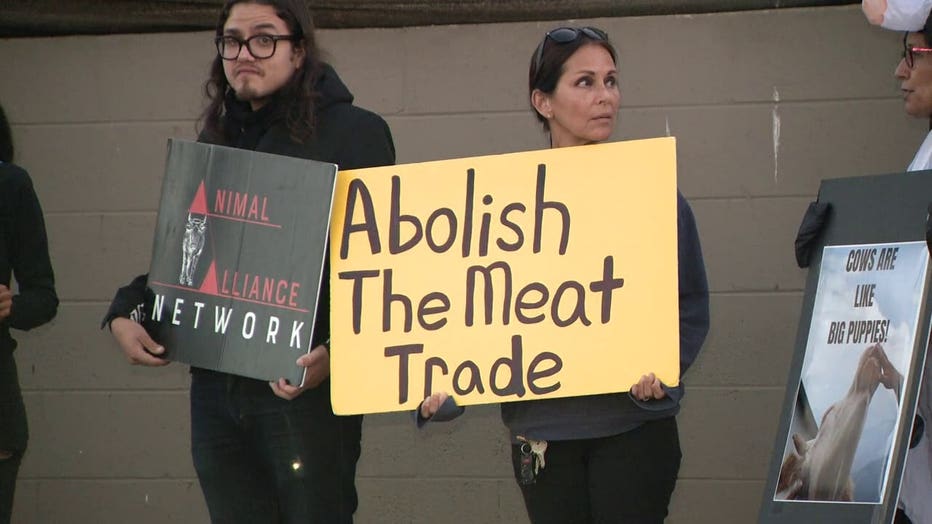 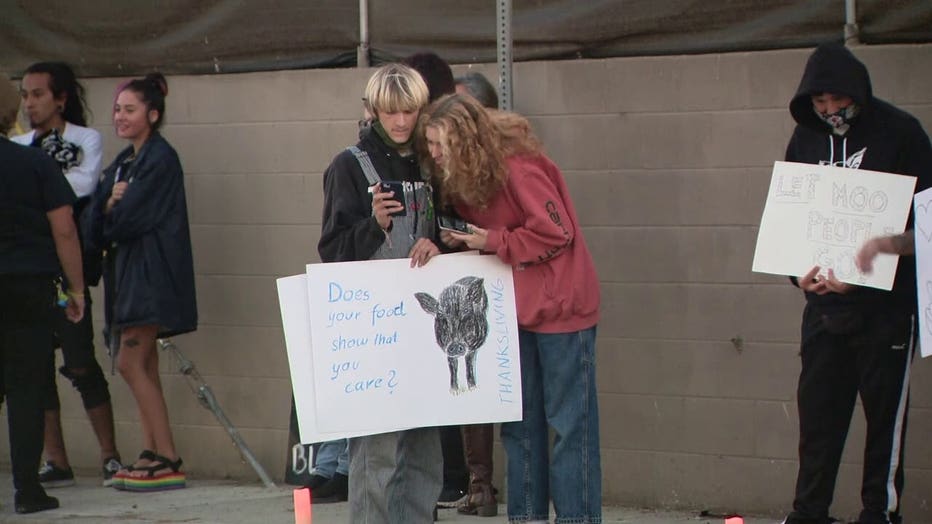 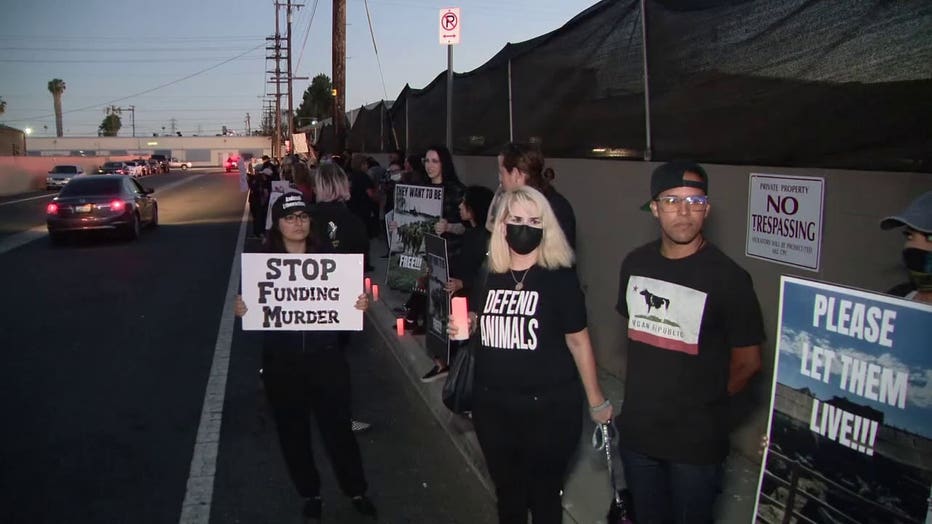 The cow escape was recorded by multiple witnesses in the area. One person, believed to be the owner of Manning's Beef, was injured and taken to a local hospital.

In addition, one of the cows was hit by a car during the stampede but was able to get back up and walk away.

A cow leading deputies on a chase was hit by a car mid-chase.