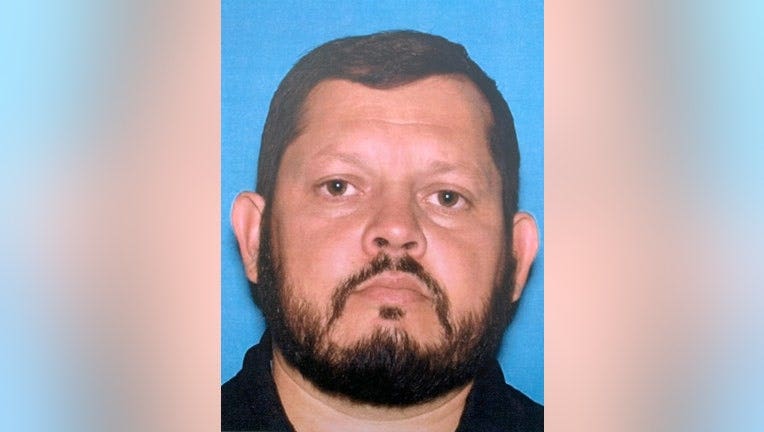 ORANGE COUNTY, Calif. - An Orange County Superior Court judge Thursday suspended legal proceedings in the case against a man accused of killing four people in a shooting rampage in Orange while two doctors will examine the defendant to determine if he is able to assist in his defense.

Aminadab Gaxiola Gonzalez, 44, sustained a bullet wound to the head in the March 31 shootings and had to have a portion of his brain removed during surgery.

He has been described as somewhat like a stroke patient working to recover his ability to walk and speak, but has shown some signs of progress, though not enough for his attorneys to say in court whether they can communicate with him enough so he can assist in his defense.

One of Gonzalez's attorneys, Ken Morrison, told Orange County Superior Court Judge Cheri Pham, "At this time he is mentally incapable of assisting counsel in his defense. Furthermore, he may be unable to understand the nature of the criminal proceedings against him."

That prompted Pham to suspend legal proceedings and to appoint two doctors to determine his mental fitness to assist in his defense. If there is a dispute a third doctor will be appointed to break the tie.

An Orange County Superior Court judge has suspended legal proceedings in the case against a man accused of killing four people in a shooting rampage in Orange while two doctors will examine the defendant to determine if he is able to assist in his defense.

It is most often declared for defendants with psychiatric health issues. If Gonzalez is found to not be able to assist in his defense at this time, then he would be placed in a facility where he would be cared for until he recuperated enough for the legal proceedings to resume.

Attorneys will return to court Aug. 6 to report what the doctors have determined.

Gonzalez was charged April 2 with multiple murder and attempted murder charges, making him eligible for the death penalty if convicted.

Raygoza, who worked for her father's company, is survived by her husband and two young children. The 9-year-old boy's mother, Blanca Ismeralda Tamayo, was hospitalized in critical condition, but has since been released from the hospital.

The only survivor of the mass shooting at an Orange business complex left the hospital Wednesday,

Tovar's friend, Alec Torres, said after the hearing that the move to suspend the case indefinitely was "heart wrenching."

Torres said Tovar was one of his best friends since elementary school.

"Unfortunately with a case like this these are the steps they take," Torres said. "It's very frustrating not having any of the answers we want to know. It's heart wrenching... And now, unfortunately, there's no end of the road."

Torres said he was supposed to meet Tovar the night of the shootings, but got delayed, "or else I wouldn't be here talking to you."

He said it was difficult going on trips or activities they did annually in recent months.

"Not to have my friend there -- it was unspeakable," Torres said.

The first of multiple 911 calls came in seconds before 5:35 p.m. March 31, according to Orange Police Department Lt. Jennifer Amat. The caller said a man was shooting into a business from across the street, she said. The first officers arrived on scene at 5:36 p.m.

Police were initially unable to enter due to bicycle cable locks that the suspect used to secure the north and south gates of the courtyard from the inside, Amat said. Two officers spotted him in the courtyard, and the shooting
that left Gonzalez wounded happened through the gate before they were able to get inside, Amat said.

Police recovered a semi-automatic handgun inside the complex, along with a backpack containing pepper spray, handcuffs and ammunition believed to belong to the suspect, Amat said.

Gonzalez, whose last known address was in Fullerton, had recently been living out of a motel room in Anaheim, Amat said, and arrived at the business in a rental car.

Other details on Gonzalez's background were not provided, but Amat said the "preliminary motive is believed to be related to a business and personal relationship" between the suspect and the victims.

Gonzalez's ex-wife, Aleyda Mendoza, used to work for United Homes. According to Orange County Superior Court records, Gonzalez was charged in April 2015 with misdemeanor counts of child abuse and endangerment, assault with a deadly weapon, dissuading a witness from reporting a crime and battery in a case in which he allegedly assaulted a boy in his care or custody with an umbrella on March 31, 2015, in Anaheim.

The child abuse, assault with a deadly weapon and dissuading a witness counts were dismissed on Nov. 30, 2015, and the battery charge was dismissed on Sept. 26, 2017, because of a law that allows for the expunging of convictions if a defendant clears probation successfully.