ORANGE, Calif. - A month after a mass shooting in the City of Orange left four dead, the sole survivor has finally left the hospital.

Blanca Tamayo was shot in the head when the suspect, 44-year-old Aminadab Gaxiola Gonzalez, opened fire at Unified Homes, a real estate company.

"It’s been a long five weeks for her recovery, we’re just super excited to have her home," said her son Louis Tovar.

She was wheeled out of UCI Medical Center Wednesday with two bouquets in her lap, while wearing a protective helmet and a t-shirt with a photo of her son Matthew, who was killed in the shooting.

Police say she was found at the scene embracing her 9-year-old child.

Three of the victims were related. 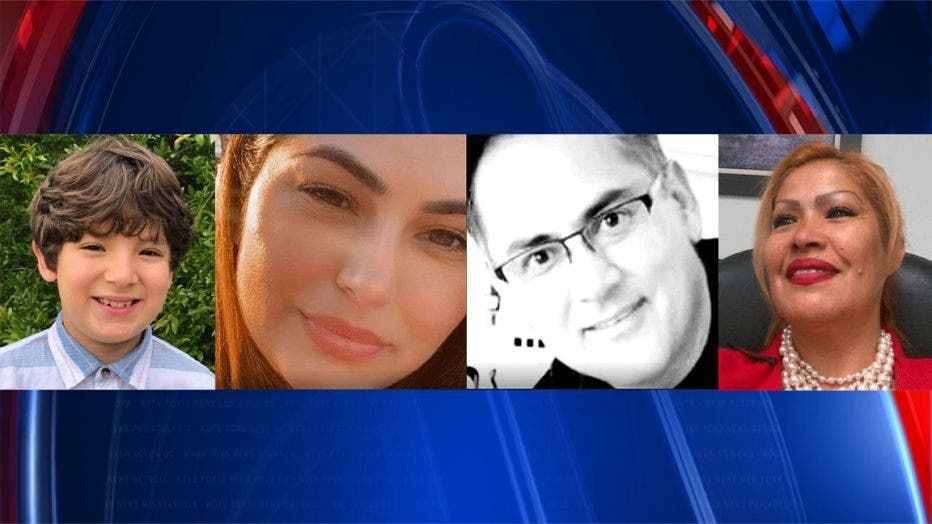 As Tamayo left the hospital she thanked the medical professionals who took care of her.

"I have a good feeling that they are great in their work and brought me here to recover," she said.

The chief of trauma services explained how remarkable it is that Tamayo seems to be on the road to a full recovery.

"That this was a gunshot wound that did give her some facial fractures that needed to be operated on and some surgery in the brain. So anytime you have a trauma, penetrating trauma, normally things could have a very poor outcome, so I think this is a better outcome than you usually see," the doctor stated.

Doctors say it could be six months to a year to see what the long-term effects of this shooting could be.

Meanwhile, the suspect remains hospitalized and his arraignment keeps getting postponed due to his inability to communicate.