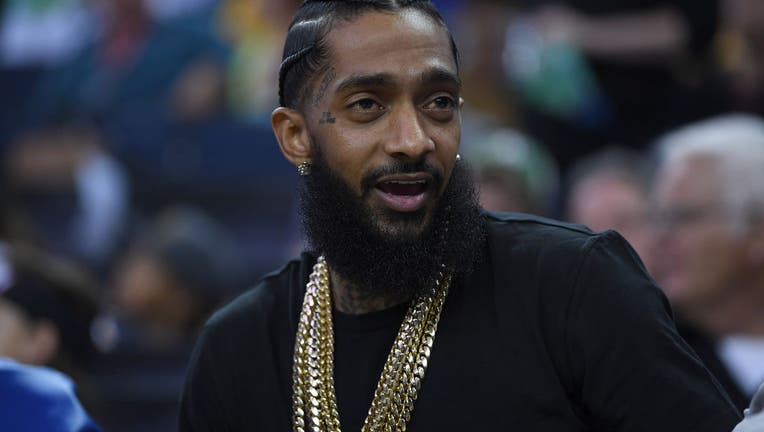 LOS ANGELES - Grammy Award-winning rapper and Crenshaw's own Nipsey Hussle will posthumously receive a star on the Hollywood Walk of Fame.

The rapper, born Ermias Asghedom, was among the 38 inductees in the 2022 Hollywood Walk of Fame Class, according to a press release from the Hollywood Chamber of Commerce.

As of early Friday morning, organizers of the Walk of Fame have not revealed when a ceremony or reveal will be held for Asghedom's star.

Below is a full list of the Class of 2022 inductees:

To this day, "The Marathon Continues" remains a popular catch-phrase and rally cry for fans, athletes and fellow artists who followed Nipsey Hussle's career.

Nipsey Hussle was shot and killed outside his clothing store in South Los Angeles in 2019. He was 35.