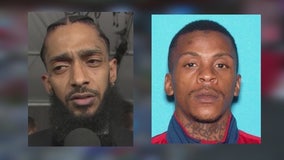 A judge Thursday denied the defense's bid to dismiss two of the charges against the man charged with murdering Nipsey Hussle outside the rapper's clothing store in the Hyde Park area of Los Angeles in March. 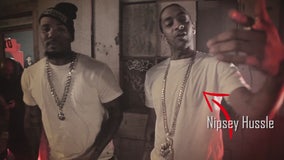 Remembering rapper Nipsey Hussle with two men who knew the late rapper early on in his career. 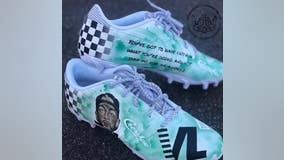 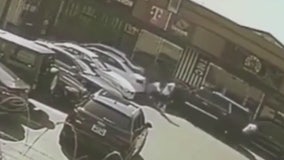 A judge Thursday ordered the release of grand jury transcripts in the case of a 29-year-old man accused of the March 31 killing of rapper Nipsey Hussle and the wounding of two other men in front of the musician's clothing store in South Los Angeles. 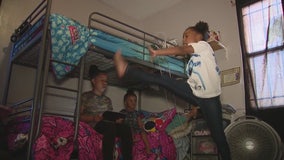 To many, especially the children in his community, he's a hero. The selflessness of late rapper Nipsey Hussle has inspired kids in Crenshaw, the area where he grew up and gave back. 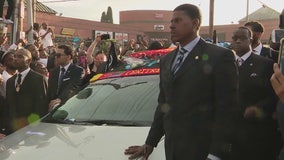 The 25-mile procession was something to behold. A sea of people lined the streets of South L.A. to say one final farewell to their hometown hero. 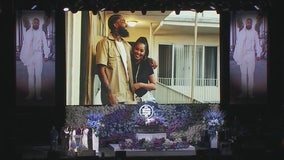 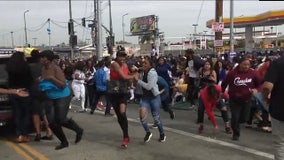 Crowd breaks through police barriers during Nipsey Hussle procession near the intersection of Slauson and Crenshaw. 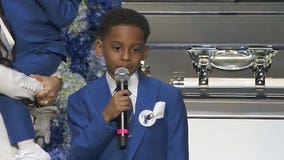 Kameron Carter, the son of Nipsey Hussle's fiancee Lauren London and rapper Lil' Wayne, shared a dream he had of Hussle in heaven during the rapper's memorial service at Staples Center on Thursday. 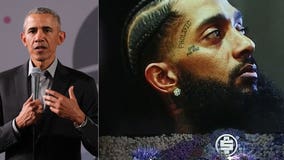 Former President Barack Obama highlighted Nipsey Hussle's civic work in his community in a letter that was read during the rapper's memorial service at Staples Center on Thursday. 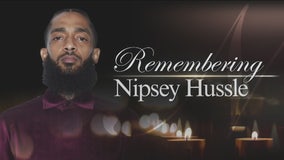 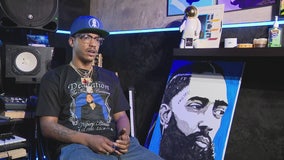 Planning to be at Thursday's public memorial service for rapper Nipsey Hussle are his music producers. One team was with him during his mix-tape days and helped land that Grammy nomination this year. It was Hussle's first and only album victory lap. 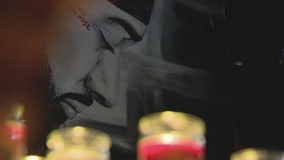 There have been vigils and more vigils in L.A. and across the country and other parts of the world for slain rapper Nipsey Hussle, and Wednesday night, it was Orange County's turn. Musicians and DJs gathered in Santa Ana for a musical farewell to the man they admired so much. 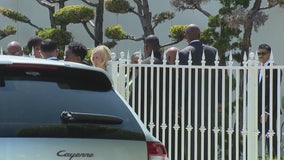 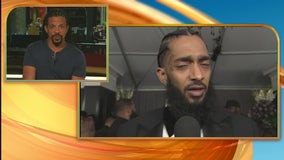 TMZ’s Charles Latibeaudiere shares details on what is planned Thursday for Nipsey Hussle's "Celebration of Life" and more. 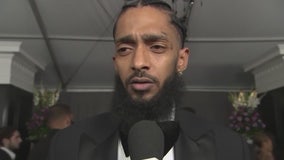 Details about Thursday's memorial and funeral procession are coming together while at the same time new information is coming to light about the murder of Nipsey Hussle. 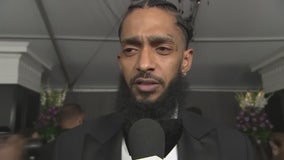 Murdered rapper Nipsey Hussle will be remembered Thursday at a celebration of life service at the Staples Center in Los Angeles. FOX 11's Leah Uko reports. 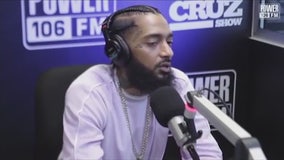 Details about the memorial for rapper Nipsey Hussle were released on Monday, more than a week after the rapper was fatally shot outside the clothing store he founded to help rebuild his troubled South Los Angeles neighborhood. 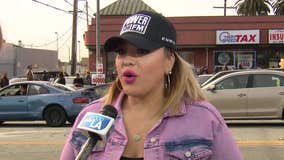 Fans of rapper Nipsey Hussle had a friend in Power 106 this week. The murder of Hussle had hosts in as much sorrow and disbelief as listeners. Cece Valencia told Fox 11 News "We haven't felt this much pain since Tupac."