"Special attention to parents, Marijuana Dispensaries are packaging their edibles in creative ways to avoid detection," LASD Altadena Sheriff's Station posted on Twitter. "Be cognizant with what your children buy and ingest." 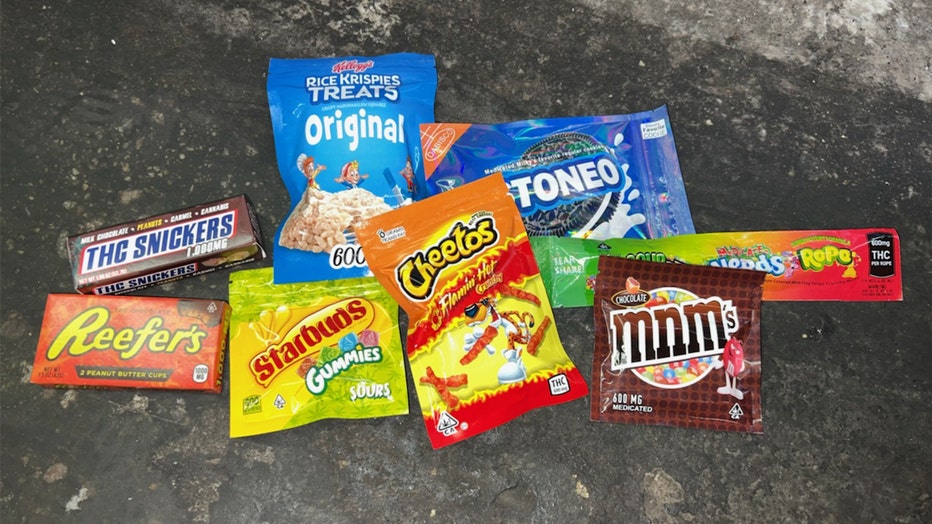 According to the Children's Hospital, while older kids and teens may be curious about "getting high," younger children are more apt to mistake edibles for actual snacks.

"Unintentional cannabis overdoses in children of all ages have risen in states where marijuana is legal," says Dr. Lois Lee of the Injury Prevention Program at Boston Children’s.

Lee, a pediatric doctor, strongly encourages parents to keep edibles and other cannabis-containing products far from children. Even older kids who understand the concept of edibles may eat multiple doses while waiting for the effects to kick in.

"These products need to be handled with the same caution as medications or alcohol in the home," she said.

Health officials say that most of the time, children who eat cannabis-containing edibles don’t have a serious reaction. However, some do end up in the emergency room and some have to be hospitalized. Young children may become very sleepy, sometimes to the point that they’re not breathing sufficiently. In the rarest, most serious cases, children can have seizures, the hospital noted.