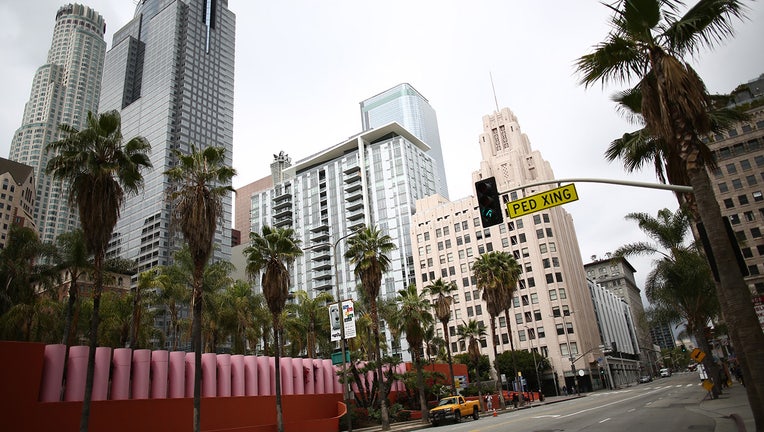 A street in downtown Los Angeles without traffic during the coronavirus pandemic on April 13, 2020 in Los Angeles, California. (Tommaso Boddi/Getty Images)

LOS ANGELES - Traffic lights in Los Angeles have been adjusted to attempt to reduce speeding on the uncongested streets during the COVID-19 pandemic, the Los Angeles Department of Transportation announced on Wednesday.

Traffic signals across the city have been indefinitely put on "nighttime mode," which allow them to operate independently to serve cars as they arrive, instead of coordinating automatically to ease traffic congestion, LADOT said.

This will prevent drivers from speeding through consecutive intersections without any red lights stopping them.

The department said the change comes due to some Angelenos using the open streets to drive at unsafe speeds because of reduced traffic as people heed stay-at-home orders.