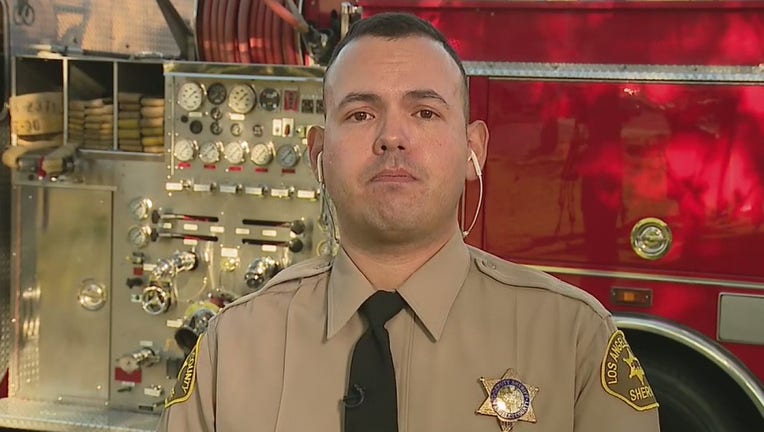 ROLLING HILLS ESTATES, Calif. - Los Angeles County Sheriff’s Deputy Carlos Gonzalez was the very first responder to arrive at a horrific crash site in Rolling Hills Estates on Tuesday morning. When he initially arrived, he had no idea the victim trapped inside an SUV on a hillside would be sports legend, Tiger Woods. He shared his recollection of Tuesday’s events on Good Day LA.

Everyday hero Deputy Gonzalez appeared to be in good spirits on Wednesday morning. Gonzalez is used to responding to car crashes but admits he isn't used to the cameras.

"I’m feeling fine. This is something that I deal with on a daily basis. Other than doing interviews, I’m handling this investigation like I would any other," he said. 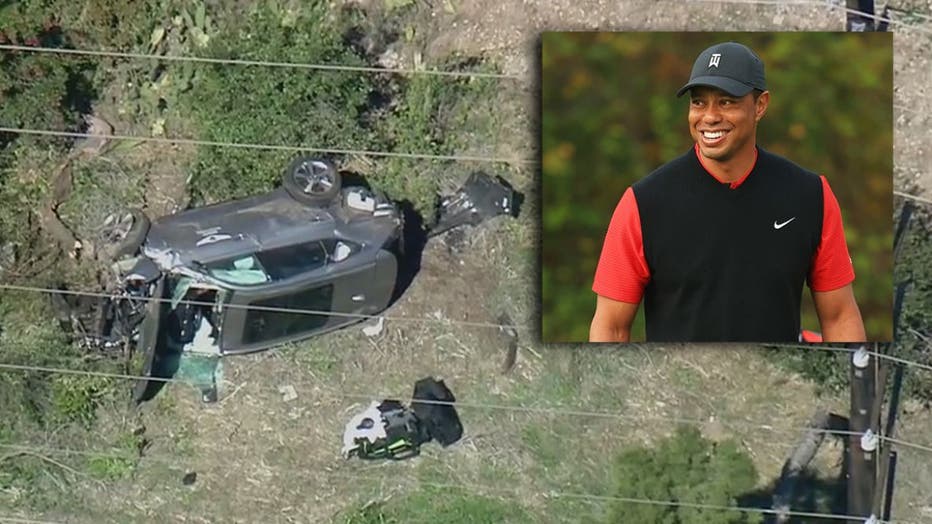 Deputy Gonzalez, a 3-year veteran of the force, said he sees these kinds of accidents all the time.

On Tuesday morning, Woods was involved in a horrific single-car accident on the northbound side of Hawthorne Boulevard near Blackhorse Road, located on the border of the affluent cities of Rancho Palos Verdes and Rolling Hills Estates.

On that section of Hawthorne Blvd., Gonzalez said drivers can easily pick up speed.

"It’s one of those streets I think every city has one where people know that people like to speed there. It’s wide, it’s well-paved, it’s downhill and it’s curvy, so if you’re not paying attention, your speed can climb very quickly," he said.

Gonzalez discovered the wreckage and became aware a driver was trapped inside an SUV after he was informed by a witness.

"I arrive on scene and immediately I notice the vehicle rolled over off the side of the roadway. As soon as I got out of my patrol car, a neighbor came up and said ‘deputy, I think the driver’s still trapped inside.’ So, I ran over the vehicle and I noticed there was a large hole in the windshield and I was able to get my upper body inside to check on the wellbeing of the driver, and I see Tiger Woods sitting in the driver’s seat. At that time, I don’t recognize who he is in the moment, but I ask him 'hey, what’s your name?' And he looks at me and he says ‘Tiger’ and it took me about half a second but I recognized him instantly and I didn’t say anything because I had a job to do, but I went into my screening questions to check his mental state. I’m asking him if he knows where he’s at, what day it is, and he’s answering me quickly so to me, that tells me that he’s lucid and he’s aware of what’s going on and he seems calm. So, I’m looking inside the cabin of the vehicle and I notice that the cabin seems pretty much intact and although I see some injuries…I see some blood on his face, he doesn’t look like he’s in mortal danger so I weighed the decision of whether I’m going to try to pull him out myself or if I’m going to let the fire department do it and I decide that because of his condition, the fact that he seems pretty safe in there, I didn’t want to risk further injuring him, and I let the fire department do it since they have special tools and training to do that," Deputy Gonzalez said. 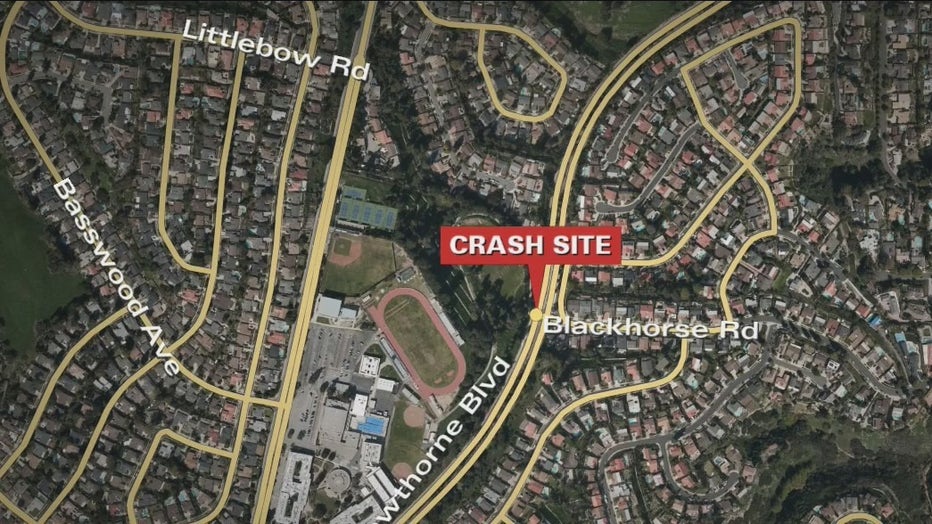 "When we initially got the call, it came in as a vehicle off the road call. So our dispatch didn’t know how serious it was. When I got there and I noticed that the driver was inside, I got on my radio and I confirmed with dispatch whether they had contacted the fire department and they told ‘yeah, we called them,’ so I said 'Well, can I get an ETA because I have someone trapped in here.' So, they got them rolling as quickly as they could. I don’t know how many minutes it was from that time to the time they got there. It could have been 5 or 10, who knows? But, in situations like that, they’re very dynamic…5-10 minutes could feel like half an hour," he explained.

After he was pulled from the SUV, Woods was rushed to a Harbor-UCLA Medical Center in Torrance, which is a Level 1 trauma center. He underwent emergency surgery and doctors said he is responsive and recovering. 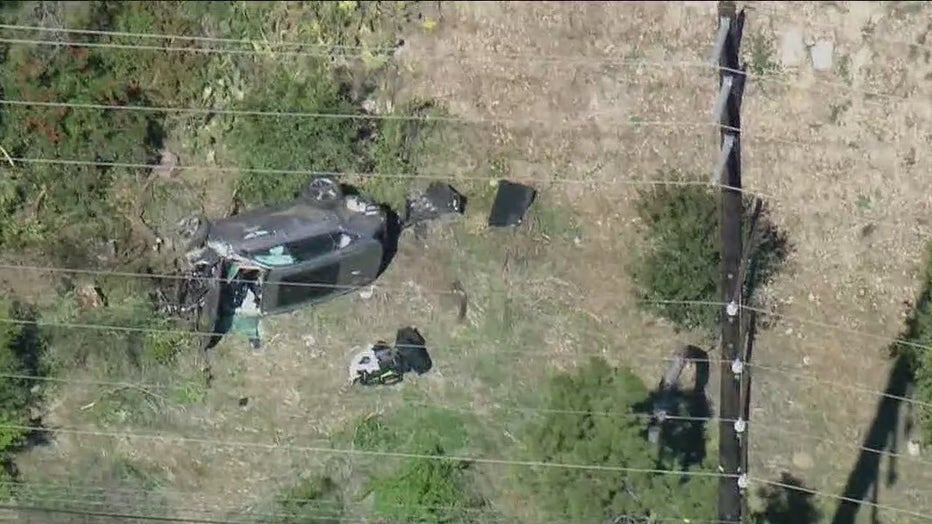 Given the scattered debris and overall wreckage, Gonzalez said it's incredible Woods survived.

"The human body is amazing and also, modern technology because it was a horrific accident. The distance that had traveled and the speed it must’ve carried, I am actually amazed that he was not more injured, if not killed. I think it’s amazing that the vehicle’s safety system worked as intended and the fact that he was wearing a seatbelt, it probably saved his life," Deputy Gonzalez said.

What kind of car was he driving?

Asked if this incident would stick with him a long time, Gonzalez admitted most do.

"They all kind of do in one way or another. This is just going to be one more memory from this type of career," he said.

Deputy Gonzalez said they do not have any videos from the crash and that they are conducting the investigation based on the evidence at the crash site.

"At this point, we don’t have anything further on what could have caused it. We haven’t had any witnesses come forward, we don’t have any video so we’re basing it off the evidence at the scene so we can tell from what we’ve seen so far that there must’ve been a pretty high speed involved, but in regards to being under the influence or anything like that, we don’t have any evidence to support that theory."