On Wednesday, Tiger Woods was recovering in a Los Angeles-area hospital following a rollover crash in South Bay. 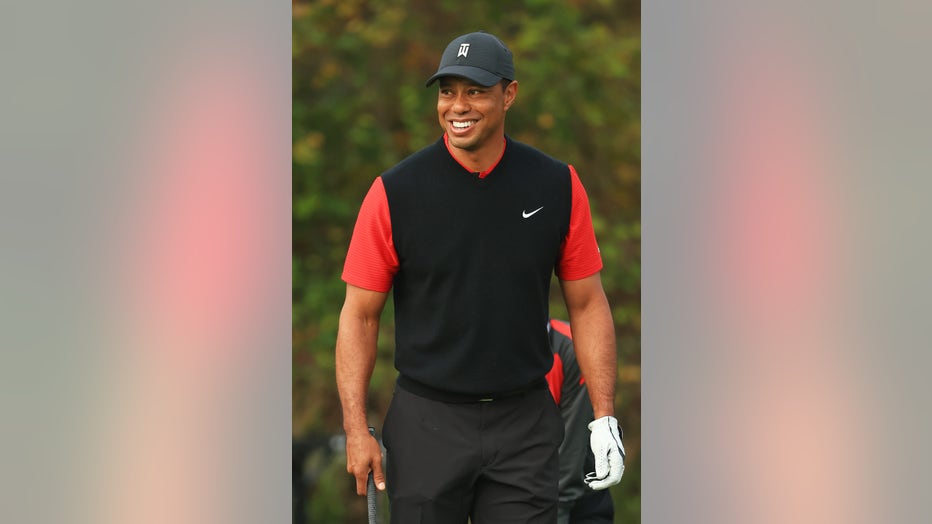 The Los Angeles County Sheriff's Department responded to a call around 7:15 a.m. on Feb. 23 on the northbound side of Hawthorne Boulevard near Blackhorse Road. According to LA County Sheriff Alex Villanueva, Woods crashed into a tree in the area.

During a press conference on Tuesday afternoon, Sheriff Villanueva said the 2021 Genesis GV-80, the courtesy car driven by Woods, traveled several hundred feet from the center divider before hitting a tree. Woods was rushed to Harbor-UCLA Medical Center after the crash, which is a Level 1 trauma center.

Sheriff's officials also said that Woods was driving at a high rate of speed and veered into oncoming traffic lanes before going down the hillside, causing the SUV to flip over multiple times.

Woods was alert and conscious when a deputy arrived at the crash site. The deputy said that Woods was trapped inside the SUV and was pulled from the wreckage by firefighters. An earlier report said the jaws of life were used, but authorities later retracted that information.

"The fact that he was wearing a seatbelt, I would say that it greatly increased the likelihood that it saved his life," LASD Deputy Carlos Gonzalez said.

A source with the Los Angeles County Sheriff's Department told FOX 11's Bill Melugin that there are no current charges pending at this time, and that it's just being investigated as a really bad accident. The source also reported that drugs and alcohol did not appear to be factored in the crash. Villanueva confirmed that Woods was conscious and there was no evidence of impairment. Los Angeles County Fire Chief Daryl Osby also said Woods was conscious at the scene after the crash.

On Wednesday, Sheriff Villanueva confirmed Woods will not face any criminal charges. 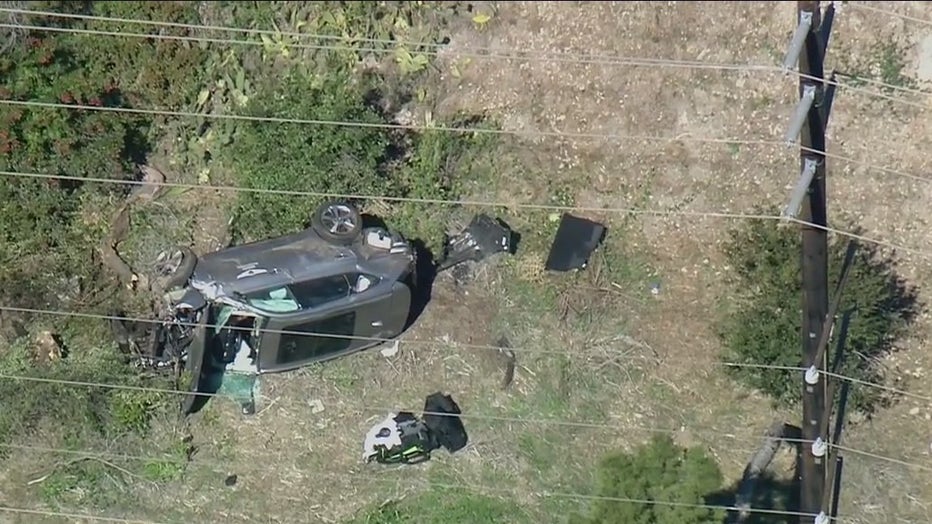 FOX News added that Woods was running late when he left the luxury Terranea Resort after waiting for his Genesis courtesy car from the valet.

Woods was in the area to film a shoot for GolfTV/Golf Digest. Being unfamiliar with the steep terrain, authorities believe Woods lost control of the vehicle while traveling downhill.

"You can easily without noticing go 60 mph down this road. A lot of people have died on this road," a concerned fan near the crash site told FOX 11’s Hal Eisner.

A tweet by David Spade revealed that the comedian was on the golf course with Woods on Monday.

Woods, who resides in Florida, was in town after hosting the PGA Tour’s Genesis Invitational in Pacific Palisades over the weekend.

Born Eldrick Woods, the 45-year-old is considered one of the greatest golfers of all-time and broke racial barriers throughout his career. He is set to be inducted into the World Golf Hall of Fame later this year.

Woods has been plagued by back injuries that have been an issue throughout his adult life.

"We want to offer him our heartfelt support and prayers at this difficult time. Please join us in wishing Tiger a successful surgery and all the best for a full recovery" said golf legend Jack Nicklaus.

"We are so sorry that you and your family are going through this tough time," Phil Michelson tweeted.

"We have been made aware of Tiger Woods’ car accident today. We are awaiting further information when he comes out of surgery. On behalf of the PGA TOUR and our players, Tiger is in our prayers and will have our full support as he recovers."

Witness describes what he saw in Tiger Woods car crash

The 15-time major champion last played Dec. 20 in the PNC Championship with his 11-year-old son, Charlie. He had a fifth surgery on his back, a microdiscectomy, two days before Christmas and gave no indication when he would return. The Masters is April 8-11 and when asked if he would be there during the CBS telecast, Woods replied, "God, I hope so."

This is the third time Woods has been involved in a car investigation. The most notorious was the early morning after Thanksgiving in 2009, when his SUV ran over a fire hydrant and hit a tree. That was the start of shocking revelations that he had been cheating on his wife with multiple women. Woods lost major corporate sponsorship, went to a rehabilitation clinic in Mississippi and did not return to golf for five months.

In May 2017, Florida police found him asleep behind the wheel of a car parked awkwardly on the side of the road. He was arrested on a DUI charge and said later he had an unexpected reaction to prescription medicine his back pain. Woods later pleaded guilty to reckless driving and checked into a clinic to get help with prescription medication and a sleep disorder.

The LASD Lomita Station is handling the investigation.

Fellow golfer Justin Thomas was emotional as he spoke about the crash and said he was thinking of Woods' children.

Many athletes took to social media to share their support for Woods and said they are keeping him in their prayers.

FOX 11's KJ Hiramoto and The Associated Press contributed to this report.