At least four suspects fled on foot after leading officers on a pursuit through parts of the west San Fernando Valley.

LOS ANGELES - Two people suspected of burglarizing a home in Ventura County were taken into custody after leading authorities on a high-speed pursuit that ended in Lake Balboa.

The Ventura County Sheriff's Department believes the suspects are tied to a South American crime ring suspected in multiple burglaries in Ventura County.

Wednesday night's chase began in Thousand Oaks. The suspects, in a white sedan, led officers on a high-speed chase down the 101 Freeway to Calabasas.

The suspects exited the freeway in Woodland Hills and continued driving at high speeds on surface streets through Tarzana, Reseda and Lake Balboa. SkyFOX was over the scene as the suspect drove over 70 mph on Vanowen Street.

At one point during the pursuit, the suspect vehicle collided with another vehicle in the area of Hayvenhurst Avenue and Victory Boulevard. 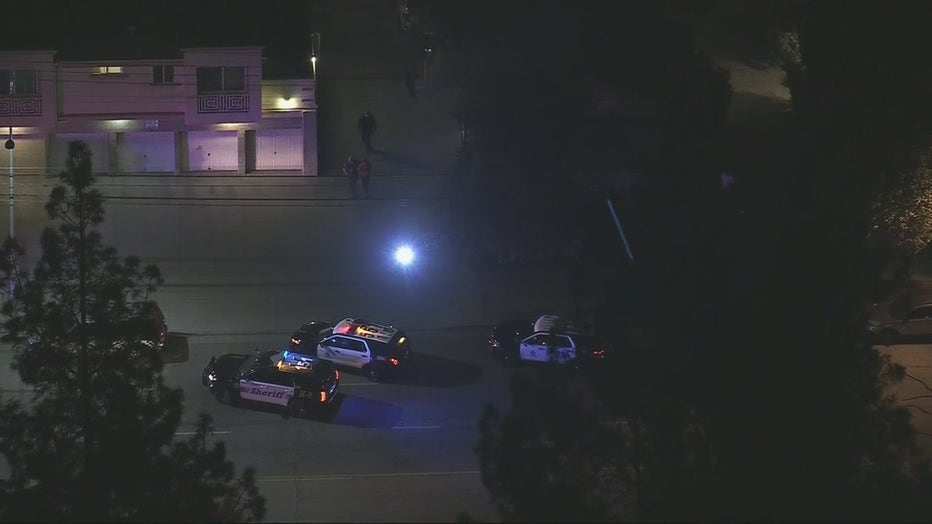 The vehicle came to a stop along Gaviota Ave. near Victory Blvd. in Lake Balboa. At least four suspects fled on foot towards nearby homes. Two of the suspects were taken into custody, police are searching for the two additional suspects.