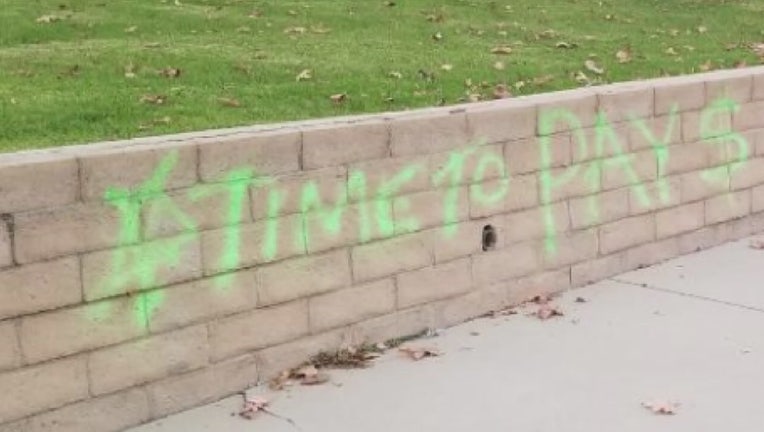 "Year after year, we have seen hate rising in our city and across our nation, and we have not done enough to keep communities safe," Councilman David Ryu said.

"We need to take these numbers seriously because behind every one of these numbers is a religious minority, a person of color, a transgender or LGBTQ person suffering in fear ... If we don't stand up for these communities, who will?"

LAPD officials said that did not include "swastika vandalism," a new crime statistic tracked by LAPD, and 25 of those incidents took place last year to make a total of 69. 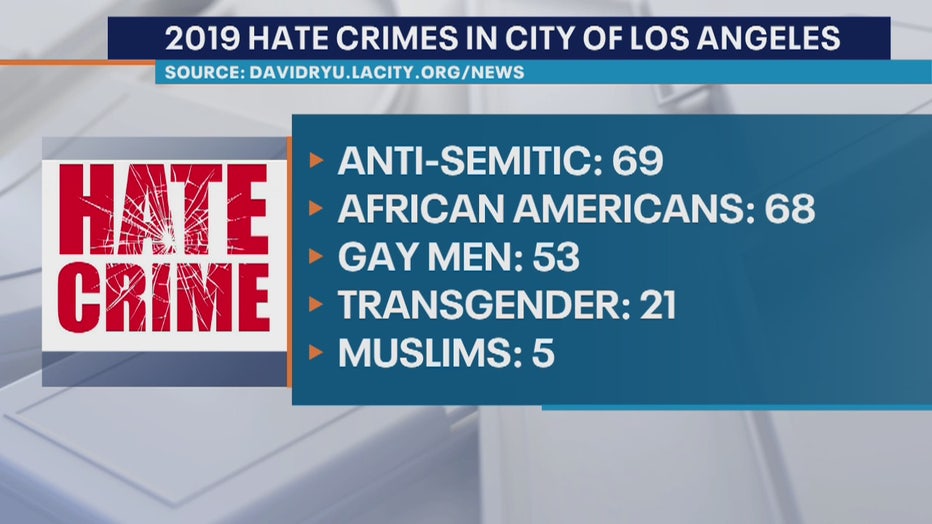 The Muslim community had five victims of hate crimes in 2019 compared to two in 2018.   In the committee meeting, LAPD officials said there is a lack of state and federal government funds available for hate crime prevention.

LAPD Capt. Jonathan Tippet, said it could be that the police department is reaching out and making a better effort to communicate to groups who are most targeted by hate crimes that they want to help solve these kinds of crimes.

"I think it's our showing of compassion, our care that we actually want to investigate these crimes that's caused people to come forward and to report these crimes more frequently," Tippet said.

The data also showed a 23.5% increase last year in hate crimes against transgender Angelenos, for a total of 21 reported hate crimes. This is nearly three times the anti-transgender hate crimes reported in 2016, LAPD officials stated.

The report was in response to a motion co-introduced by Ryu and Councilmen Bob Blumenfield and Paul Koretz and then-Councilman Mitch Englander in 2017 to track hate crimes in Los Angeles and identify ways to increase proactive protection for vulnerable institutions and communities.

At the meeting, the committee approved Ryu's instructions for the LAPD to develop a report on the feasibility of creating a city wide communications tool that would serve as a single point of contact andin formation sharing for hate crime prevention.

Ryu also instructed LAPD to include more languages on its hate crime pamphlet, such as Arabic, Persian and Hebrew, and to work with the city administrative officer to create a list of groups that are vulnerable to hate crimes in Los Angeles.

"It is unfortunate, but no surprise, that hate crimes are up in theregion," Councilman Paul Koretz said. "My office has been tracking andworking diligently on prevention and intervention measures to reduce hate crimes since the spike became apparent.

Our focus must be turned towards the future, which includes a multi-pronged approach."