Los Angeles Police Department officers have widespread dissatisfaction with Chief Michel Moore's leadership during protests against police brutality according to a survey conducted for their union obtained Monday.

LOS ANGELES - FOX 11 has obtained a letter LAPD Chief Michel Moore sent to department personnel on Saturday night, assuring them that he has their back after a police union survey revealed a massive majority of LAPD rank and file feel they aren’t supported by Moore and have rock bottom morale.

“My commitment to them is I do have their back, I do have their best interest at heart, I know that doesn’t always come through, and I need to do a better job of showing that,” Moore told FOX 11 in a phone interview on Monday.

The survey was put on by the Los Angeles Police Protective League, the union representing LAPD rank and file. It was one of the largest surveys the union has ever conducted, with thousands of officers participating, and its details are damning for LAPD’s leadership.

“More people responded to this survey than any survey we’ve done in the last 9 years that I’ve been here,” said Craig Lally, President of the LAPPL.

“I’ve never seen morale this low, and I’m going on 40 years in the department.”

So how bad is it?

Their morale is at crisis levels right now, they don’t feel that the chief is supporting them or standing up for them,” Lally said. 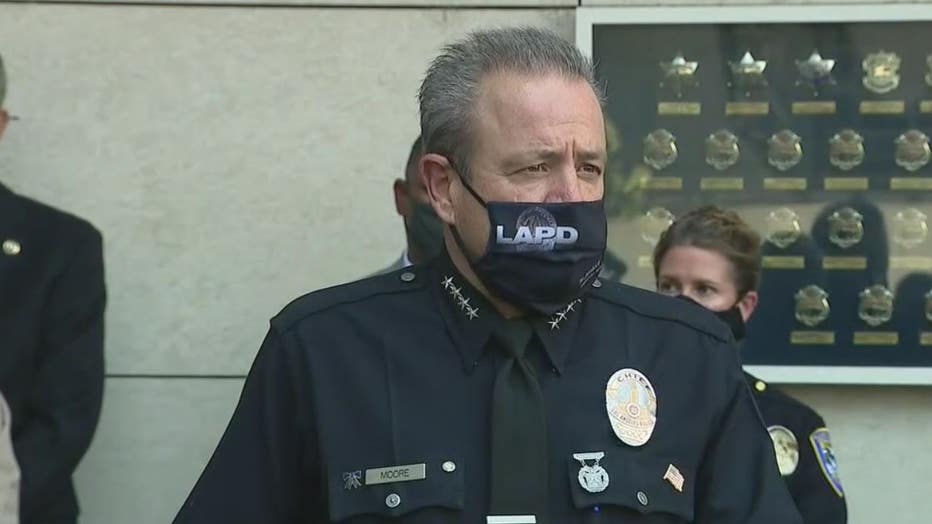 FOX 11 obtained a letter he sent to department personnel on Saturday night in response to the survey.

In it, he tells officers he hears their criticism, plans to better tell their stories to media and politicians, and he apologizes for his mistakes, telling FOX 11 on the phone that he sent the letter to mend wounds.

“The publication with the Thin Blue Line coming out, I knew it was coming, but I knew also that there would be a lot of eyeballs reading that and I felt it was appropriate to do a department-wide message to say and acknowledge that the survey occurred, what it’s findings are, and my commitment to do the best job I can, but also to express my apologies, my regrets, because my actions have not been in all instances what they should be, and my commitment is to do a better job as their chief,” Moore said.

Chief Moore told FOX 11 that one of his biggest regrets is when he made a comment about looters having the blood of George Floyd on their hands during a June press conference after mass looting had taken place in Los Angeles.

RELATED: Garcetti says he has confidence in LAPD Chief Moore after he 'misspoke'

Though he apologized minutes later, Moore said the comment had a “reverberating effect” around the city, and he says LAPD has learned what it did and didn’t do well during the civil unrest.

“What we did see in the immediacy of the civil unrest in the days and hours afterward was there was sometimes a disconnect, and a lack of direction for what our rank and file were being asked to do,” he said.

“We also decided we needed expanded tools, we saw the use of green lasers we’ve not seen before.”

Moore says the department underwent extensive training in mobile field force and crowd control, and the Mayor approved $650,000 in funds to purchase protective eyewear and shields for officers. It comes at a time when city officials voted to defund LAPD $150 million after pressure from activists. 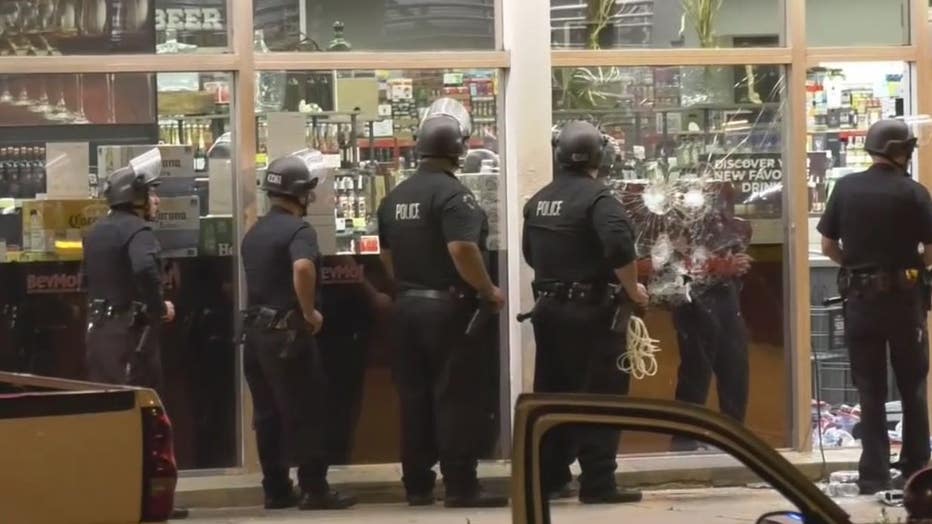 It’s a decision Moore says will cause the department to lose 350 officers by the spring, as well as 240 civilian workers, as homicides have spiked 25% compared to 2019.

On top of that, as a result of defunding, LAPD will stop responding to most traffic collisions and will downsize its elite Robbery Homicide division, with Mayor Garcetti saying he wants to see LAPD shift from a warrior mentality to a guardian mentality.

FOX 11 asked Moore about criticism that LAPD has become too politicized and it’s the city council and mayor pulling the strings.

“Well, first of all, we are led by a mayor and city council, this is called a democracy, so it is important to recognize that our elected leaders do shape the policies of the direction of this city,” Moore said.

“This is a department that does not run this city, this is a department that’s responsive to its elected leadership and to the governance of democracy. To the pundits who believe that that’s out of whack, the public is who picks our elected leaders. To those who believe it’s unethical, I would argue that it’s not, and if I was asked to do something unethical or immoral, I would leave that day.”

Moore also took aim at what he says is an increasingly biased news media that often works to push a narrative rather than wait for accurate facts.“I’m asking for the public to look at media with more demanding eyes and years,” Moore said.

“America is quickly misled and misinformed and I look to mainline media as having the responsibility of helping fix that.”

The LAPPL told FOX 11 they believe Moore’s letter to department personnel is genuine and a good start, but they say they hope his words convert into action.

The survey was conducted between July 6-27.