High prices, homelessness, rising crime and health concerns are taking their toll on the quality of life in Los Angeles County, according to a recent study.

LOS ANGELES - High prices, homelessness, rising crime and health concerns are taking their toll on the quality of life in Los Angeles County, with a UCLA survey released Friday revealing the lowest level of residents' overall satisfaction in the survey's seven-year history.

The Quality of Life Index, measured in a survey led by the Los Angeles Initiative at the UCLA Luskin School of Public Affairs, dipped to an overall rating of 53 -- on a scale from 10 to 100. This year's score was down from 58 last year, and it marked the first time the rating has ever fallen below the survey's median of 55 since the measurement began in 2016.

"For the first time since the inception of this survey, respondents' ratings dropped in each of the nine categories, and eight of the nine fell to their lowest rating ever," Zev Yaroslavsky, director of the Los Angeles Initiative, said in a statement.

The report's authors noted that overall satisfaction had remained relatively stable over the survey's lifetime, even during the past two years of the pandemic. But things have somehow spiraled downward. 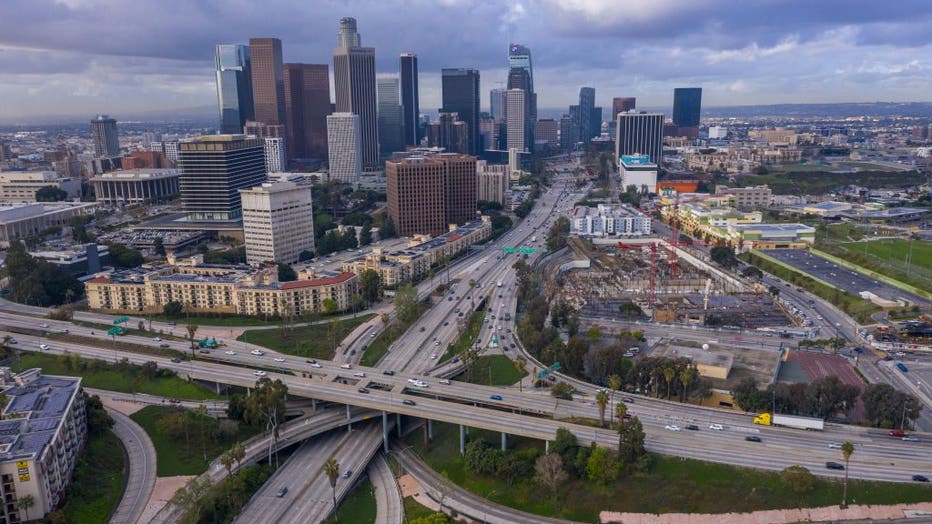 "What the pandemic couldn't do over the last two years, inflation and increases in violent and property crime succeeded in doing," Yaroslavsky said. "It appears that the dam has burst this year."

The survey of 1,400 county residents covers nine categories, with the biggest declines this year coming in the areas of cost-of-living, education and public safety.

Declines were also registered in the transportation/traffic category, and the jobs/economy category.

In other key findings, 69% of respondents said they believe life has been fundamentally changed by COVID-19, with only 28% expressing confidence that life will eventually return to "the way it was."

Participants also weighed in on their satisfaction with local elected officials, with Los Angeles Mayor Eric Garcetti viewed favorably by 45% of respondents -- a sharp drop from 62% in 2020. County Sheriff Alex Villanueva received very or somewhat favorable ratings from 37% of respondents, while District Attorney George Gascón saw his support drop to 23%, down from 31% a year earlier.