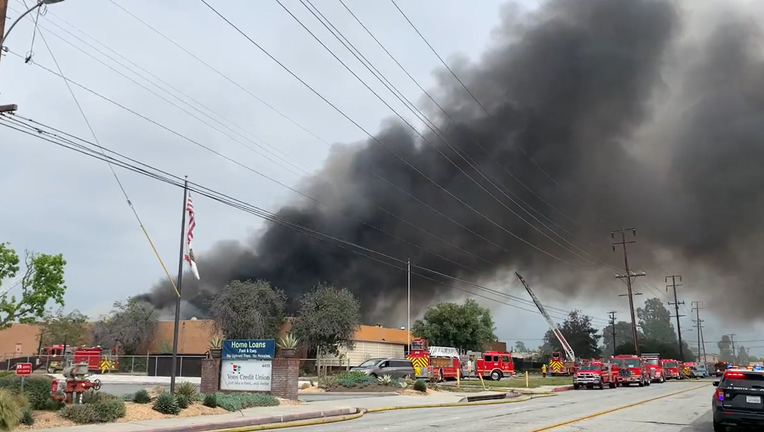 EL MONTE, Calif. - It took firefighters over four hours to put out a third-alarm blaze Saturday at a vacant single-story commercial building in El Monte.

Firefighters were dispatched at 10:36 a.m. to the 4600 block of Arden Drive, a Los Angeles County Fire Department dispatcher reported.

"There's a lot debris out there. They're (firefighters) hitting the hot spots," he said.

"There's a lot debris out there. They're (firefighters) hitting the hot spots," he said. "They have yet to announce a knockdown time. They're making progress toward a knockdown."

The  flames were out at 2:49 p.m. and firefighters called for personnel from the Los Angeles County Division of Building and Safety as well as arson investigators, according to LACFD Dispatch Supervisor Bernard Peters, who described the damage as "significant."