The blaze erupted just before 8:45 a.m. in the 700 block of Ceras Avenue, located near the intersection of 7th Street and South Central Ave. 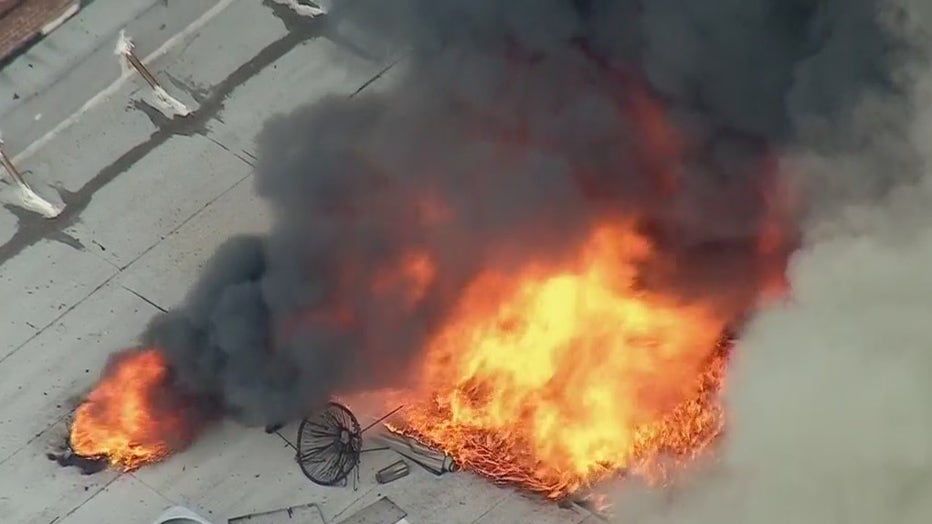 By 9:15 a.m., fire officials said crews made good progress against the blaze and that ladder pipe operations shut down and continued with an interior attack to knock down the remaining pockets of fire.