LOS ANGELES - Jurors began deliberating Wednesday in Vanessa Bryant's invasion of privacy and negligence lawsuit against Los Angeles County after the defense claimed in its closing argument that the trial was about the "inappropriate conduct" of employees rather than constitutional violations worth $75 million in damages, as alleged by plaintiffs.

Bryant and co-plaintiff Chris Chester contend they suffer sadness, grief and emotional distress as a result of photos of family members' remains taken by first responders at the scene of the 2020 helicopter crash that took the lives of Lakers legend Kobe Bryant and eight others.

But Mira Hashmall, an attorney representing L.A. County, told jurors that the plaintiffs have never seen the photos, and the real cause of their pain "is the loss of their loved ones. That's not the county's responsibility." 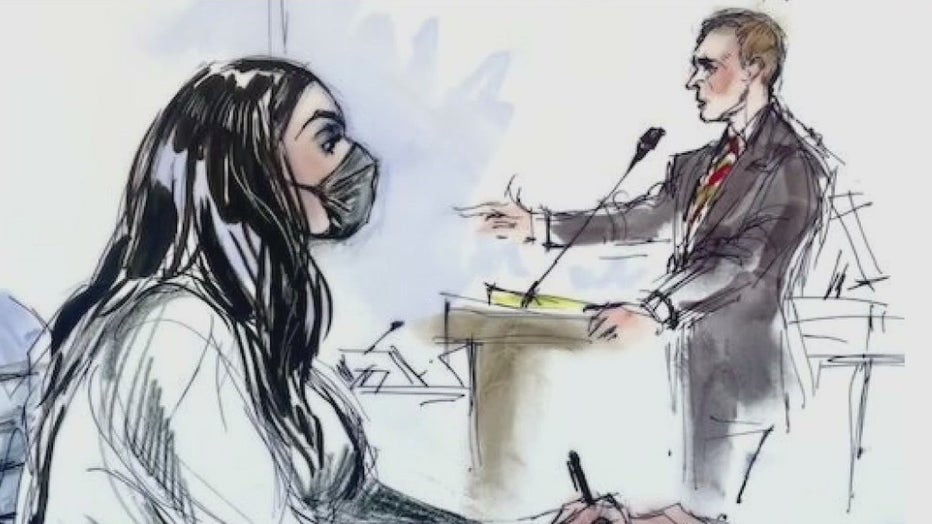 On Tuesday, a plaintiffs attorney asked the panel to compel the county's fire and sheriff's departments to pay a total of $75 million to Kobe Bryant's widow and Chester -- both of whom lost spouses and daughters in the crash -- for pain and suffering engendered when the pictures were snapped and displayed for no good reason to a bartender, attendees of an awards ceremony and sent by a sheriff's deputy to a colleague while they were playing a video game.

Hashmall argued during her summation that the photos have not surfaced in public in the 2 1/2 years since the tragedy, which proves they have been permanently deleted.

"This is a photo case, but there are no photos," the attorney told jurors in Los Angeles federal court. "There's a simple truth that cannot be ignored -- there's been no public dissemination."

The plaintiffs argue that county personnel took graphic cell-phone pictures of human remains at the remote Calabasas crash site for their own amusement as "souvenirs" and shared them with other law enforcement personnel and members of the public.

The county has not disputed that some photos were shared with a small number of deputies and firefighters. Defense attorneys maintain that all images taken by first responders were destroyed on orders of the sheriff and fire chief, and no longer exist in any form. The photos never entered the public domain or appeared on the internet, the county insists.

Hashmall said that while three employees broke confidentiality policies, Bryant and Chester's privacy rights regarding their loved ones' remains were not violated since the crash-site images never leaked out.

"We're not talking about a clear right, like the right to remain silent," she said, adding that picture-taking does not equal public dissemination. "It's not a basis for a claim. ... It's a county issue, not a constitutional issue."

However, Bryant and Chester contend they have no evidence that the pictures won't someday surface.

In tearful testimony, Kobe's widow took the stand last week, telling the court she "lives in fear" of coming across leaked photos showing the broken bodies of her loved ones someday on the internet.

"It's like COVID. Once it's spread, you can't get it back," she told the court.

The nine-member jury began deliberating just before lunchtime Wednesday. If the panel unanimously finds the county liable, jurors must decide how much money should be paid by the fire and sheriff's departments separately.

In discussing monetary damages due each plaintiff, attorney Jerry Jackson said that if the jury felt the proposed $75 million was too high, "you should reduce it. If you think it's too low, you should increase it."

For what the plaintiffs have gone through, and can expect in terms of future emotional distress, "you can't stack it too high," Jackson said Tuesday, which would have been Kobe's 44th birthday.

Plaintiffs attorneys argued that the county had no policies or training in January 2020 that directly addressed the taking of photos of dead bodies by deputies and firefighters.

Hashmall, though, countered that both departments definitely had policies that addressed such behavior. She told the jury that when two private citizens reported incidents in which employees were displaying cell phone photos of the crash at a bar in Norwalk and at the Golden Mike awards gala, the county departments immediately took action.

"Mistakes by a few personnel is not the basis for millions and millions of dollars in damages," the defense lawyer said.

As for Bryant and Chester's emotional distress claim, the defense attorney said "there are probably many things" that trigger such a reaction.

"What's not understandable is trying to pin all the blame on the county when those pictures did not get out," she said. "That sadness and grief is about the loss of their loved ones. It can't be about pictures they've never seen. A court of law requires evidence not emotion."

Two families separately settled with the county over the photos for $1.25 million each. All of the victims' families reached a settlement with the helicopter company for the crash, but those terms remain confidential.