Closing arguments are expected sometime this week before the case goes to the jury for deliberations.

Los Angeles County's acting fire chief told a jury Monday that a retired firefighter "tarnished his dignity" by sharing gruesome photos taken at the remote mountainside site where a helicopter carrying Laker legend Kobe Bryant and eight others crashed, killing all on board. 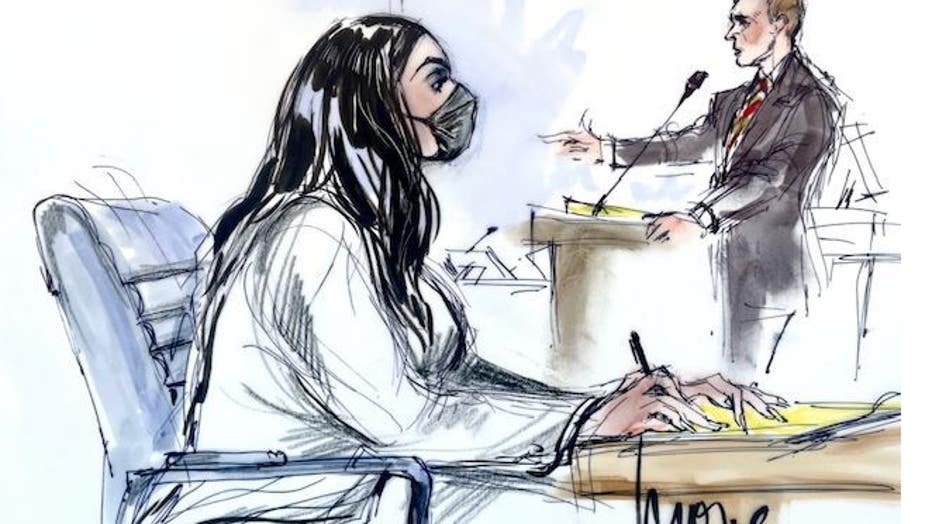 Anthony Marrone testified that he did not exclusively order then-firefighter Brian Jordan to take photos at the January 2020 crash scene, but was not surprised to learn that he did.

"I gave a very direct order for everyone on the scene to be sensitive with the photography they take," Marrone said.

Jordan's photos, however, were "inconsistent with standards," he told the court, adding that any shots of body parts would be "inappropriate."

The ninth day of trial for Vanessa Bryant and Chris Chester's combined lawsuits alleging negligence and invasion of privacy for the taking and sharing of accident scene photos saw county sheriff's and fire personnel called to the stand to discuss the investigation into the pictures and their deletion.

Closing arguments are expected either Tuesday or Wednesday before the case goes to the jury for deliberations.

Vanessa Bryant and Irvine financial adviser Chester are suing the county for unspecified millions of dollars over the digital images, which they have never seen. Bryant's 41-year-old husband Kobe and 13-year-old daughter Gianna, along with Chester's wife Sarah and the couple's 13-year-old daughter Payton, were among the nine people killed in the Jan. 26, 2020, crash.

The ninth day of trial for Vanessa Bryant and Chris Chester's combined lawsuits alleging negligence and invasion of privacy for the snapping and sharing of accident scene photos is expected to see sheriff's personnel called to the stand to discuss the internal investigation into the pictures and their deletion.

The plaintiffs allege that county personnel took grisly cell phone pictures of human remains at the remote Calabasas crash site for their own amusement as "souvenirs" and shared them with other law enforcement personnel and members of the public.

"We have found nothing" online or on any of employee devices the department looked at, he said.

Called as a defense witness, Marrone told the jury that the fire department uses photography at accident and fire scenes "for documentation. They (photos) can be more accurate than what you can remember."

Jordan's purported photos, he said, showed "complete disregard" for the dignity of the victims. Taking photos of victims "would not be an exercise of good judgment," and by taking and sharing them, Jordan "compounded" the grief for the plaintiffs.

Bryant and Chester left the courtroom while Kristina McGuire, lead investigator from the coroner's office, told of arriving at the crash scene to find a debris field stretching the length of a football field, and human remains "spread across the entire scene."

McGuire said that, on the day of the crash, the bodies of three victims were brought down the mountain. One of those was Kobe Bryant, she said.

At autopsy, she testified, photos were taken, but because they involved a high-media case, they were placed "under lock and key" with the chief of the office.

Friday, Vanessa Bryant testified that she felt betrayed to learn first responders had taken personal photos of the crash, and said she lives in fear of the images surfacing. 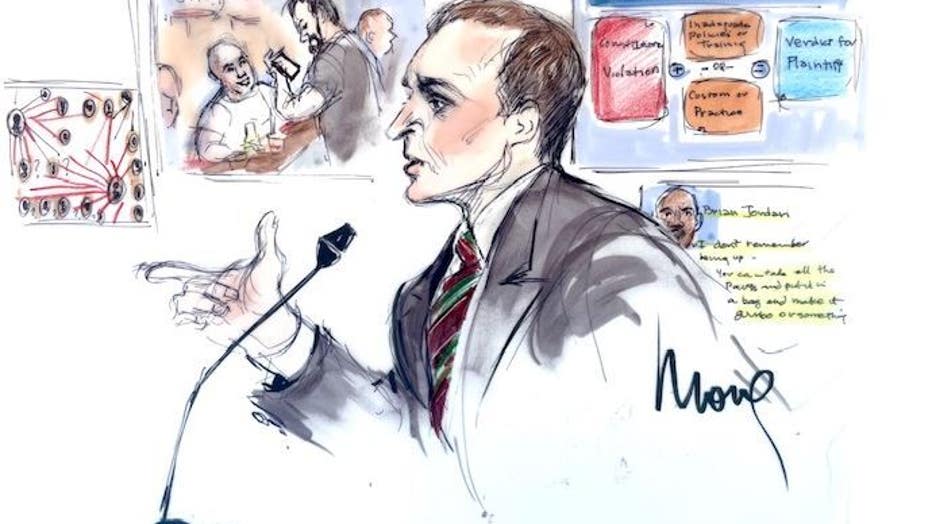 Bryant, 40, told the jury in downtown Los Angeles that county personnel who took photos of the remains of Gianna "violated" the girl, and said she was "devastated" to learn that such images were snapped in spite of Sheriff Alex Villanueva assuring her the crash scene would be protected from such intrusions.

Bryant said she continues to suffer from mental anguish at the thought of crash site photos surfacing someday.

"It's like COVID. Once it's spread, you can't get it back," Bryant said.

The county argues that all images taken by deputies and firefighters were deleted upon orders of their superiors, no longer exist in any form and never entered the public domain or appeared on the internet.

"I'm worried about any photographs that might identify my husband and daughter becoming public," Bryant told jurors from the stand.

Villanueva, who also testified Friday, said that upon hearing from a private citizen three days after the crash that Deputy Joey Cruz had shared images from his cell phone at a bar in Norwalk, he immediately called for an inquiry at the Malibu/Lost Hills sheriff's station where the responding deputies were assigned.

Eight deputies were called in for interviews and told to bring their devices -- but some wanted attorneys present, Villanueva told the court.

"The longer we delayed, it was a universe that was expanding infinitely," the sheriff said, illustrating that he needed to get the photos "under control" before they spread further. So, he offered a deal -- come in, tell the truth about what happened and who the photos were shared with -- and there would be no discipline.

The problem appeared contained until Feb. 28, 2020, when the story of the shared crash-scene photos leaked into the media, and an internal affairs investigation was launched.

A bartender told a federal jury Thursday of being shown gruesome cell phone images of Kobe Bryant's remains by an off-duty Los Angeles County Sheriff's Department deputy who had been on the scene of the helicopter crash that killed the Lakers star and eight others two days earlier.

Asked by a plaintiffs' attorney if the department had ever considered going to the victims' families and telling them about the photos before the media reported the story, Villanueva said the breaking news story derailed his plans to do just that.

Questioned as to whether the news of personnel taking pictures of remains had caused added grief to the families, the sheriff simply answered, "Yes."

At the conclusion of his testimony, Villanueva stated he was certain the photos were permanently deleted, but added, "God knows."

The defense has frequently pointed out during the trial -- which began on Aug. 10 -- that none of the county photos have turned up online in the 2 1/2 years since the tragedy. Multiple county fire and sheriff's personnel have taken the stand and testified that they deleted whatever accident-site pictures they had. Attorneys for the county have argued that the deletion permanently prevented their public dissemination.

Yet Chester said he remains "fearful everyday" of the eventual spread of those images.

"There's been a lot of things that people thought didn't exist -- that have turned up on the internet," he told the court.

Attorneys for the plaintiffs contend the images spread to at least 10 others, but there has been no evidence presented that the photos still exist or ever turned up in public. 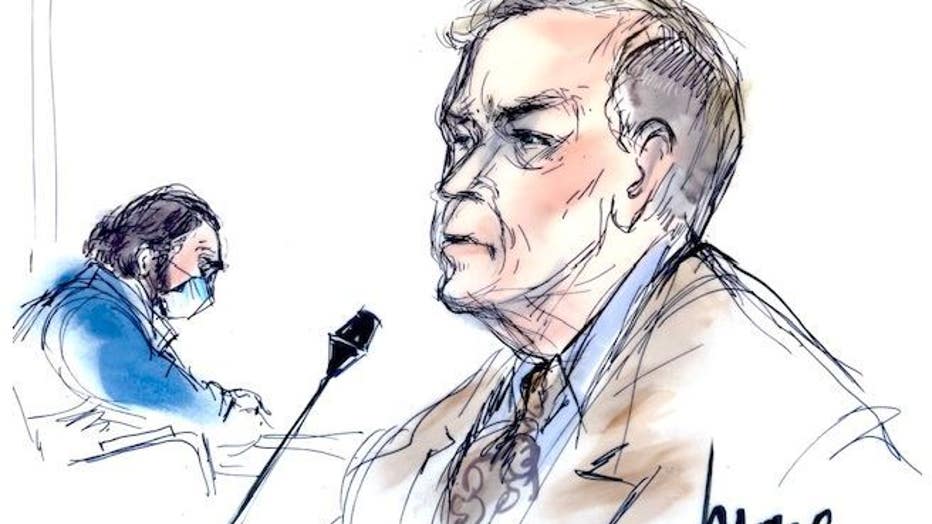 Two families separately settled with the county over the photos for $1.25 million each. All of the victims' families reached a settlement with the helicopter company for the crash, but those terms remain confidential.