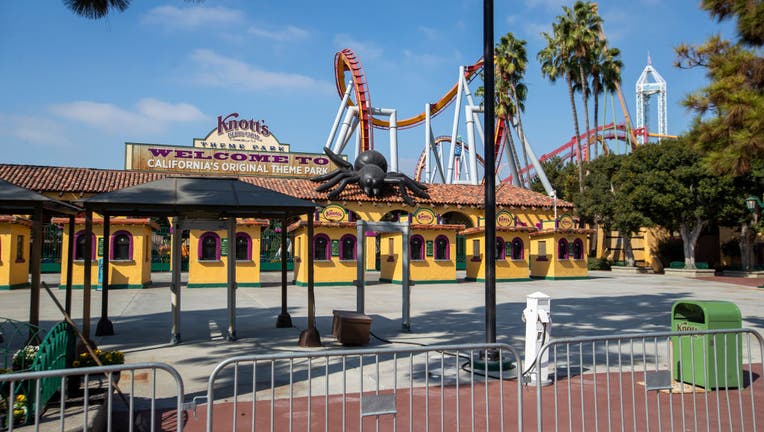 Effective Thursday, Sept. 29, guests aged 21 and older can chaperone up to five guests under the age of 18.

For Knott's Scary Farm only, any chaperone who accompanies five minors, all with valid paid admission, will receive one free admission ticket for the night.

Those who chaperone less than five minors are not eligible for complimentary admission.

Park officials say chaperones must accompany their party during entry, remain inside the park during their visit, and be available by phone throughout their stay. If guests aged 17 and younger are found in the park unaccompanied by a chaperone they will be asked to leave.

The chaperone policy is in effect on Fridays, Saturdays, and Sundays and applies to all nights of Knott's Scary Farm. Park officials say the policy will also be implemented during holiday times.

The policy went into effect on July 22 following a huge fight that broke out at the park, forcing Knott’s Berry Farm to close early. At least three people were injured in the fight; two of which were taken to the hospital.

In July 2021, two young boys were injured during a shooting outside the park.

The chaperone policy will be in effect until further notice. More information can be found online at Knotts.com.