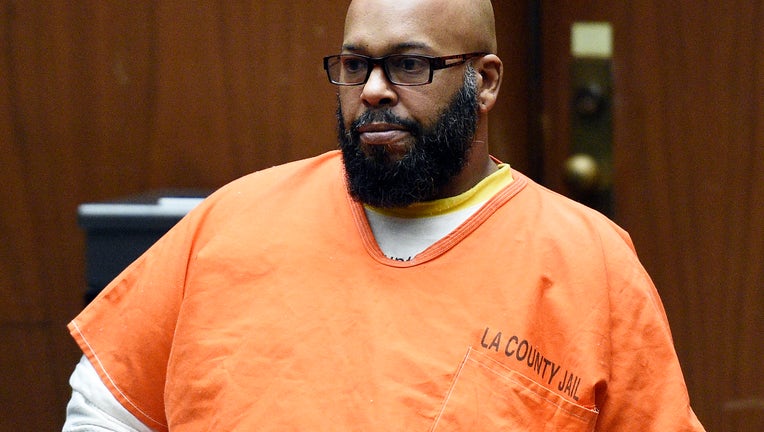 LOS ANGELES, CA - MARCH 09: Marion "Suge" Knight appears for a hearing at the Clara Shortridge Foltz Criminal Justice Center March 9, 2015 in Los Angeles, California. The hearing was scheduled to determine if the two criminal cases against Knight, on

LOS ANGELES - A judge Monday affirmed a $107 million judgment against imprisoned former rap mogul Marion "Suge" Knight and Death Row Records, which was awarded back in 2005.

Over the objection of Lydia Harris, the woman who obtained the original judgment and later agreed with Knight that it should be voided, Los Angeles Superior Court Judge David Sotelo said he would not reconsider his December decision to reinstate the judgment.

"This is a very old case with big names and big numbers," the judge said.

In his December decision, the judge said Harris' sole argument for the set-aside was that the judgment belonged to the Knight bankruptcy estate.

• Suge Knight Asks To Represent Himself At Arraignment

Harris maintained she and her husband, Michael, made investments in Death Row Records at its infancy in 1989 and that she was the company's first vice president. She sued after the former rap mogul allegedly pushed her out after the label started making money.

Last Sept. 20, at Harris' request, Sotelo voided the judgment after Harris raised issues with how her lawyers from the firm of Wasserman, Comden & Casselman won the case against Knight and Death Row Records.

Harris' current attorney, Dermot Givens, held a news conference Oct. 14 with Harris in which he alleged the motion to void the judgment was necessary because her former attorneys, the bankruptcy trustee and others worked together to use her to wrongfully obtain the judgment.

Givens alleged that Harris has not received any money from her lawyers who collected part of the default judgment.

But attorneys for the law firm then filed court papers asking that the judgment be reinstated, stating that Harris has already collected more than $1 million on the judgment.

In his December ruling, Sotelo noted that Wasserman, Comden & Casselman was entitled to 40% of the judgment under a retainer agreement. The judge further wrote that the law firm sued Givens in September 2005, alleging a conspiracy existed to deprive the firm of its share of the judgment through the brokering of a secret settlement between Harris and Knight.

A judgment was entered against Givens in 2008 and the law firm has a lien on the Harris judgment, the judge wrote. He also noted Harris has assigned her interest to Conquest Media Group.

The case was back in court today because Harris asked the judge to reconsider matters once again by vacating his December decision and reinstating the September ruling in her favor. Givens stated in his court papers that lawyers for the law firm provided no evidence whether the 2005 judgment was split into pre- and post-bankruptcy segments.

Givens also contended that the judge who entered the 2005 judgment lacked jurisdiction to do so because the claims were part of the bankruptcy estate.

Knight was sentenced to 28 years in prison in October 2018 for running over and killing former rap music label owner Terry Carter in 2015 on the set of the film "Straight Outta Compton."