A man was able to walk away after his vehicle was hit by a suspect who led officers on a pursuit from Monterey Park to Baldwin Park on the afternoon of Sept. 7.

BALDWIN PARK, Calif. - An innocent man was able to walk away from a crash after his vehicle was hit when a pursuit came to an end in Baldwin Park Tuesday afternoon.

According to authorities, police began pursuing a stolen vehicle in Monterey Park just before 12 p.m. Tuesday.

Video from SkyFOX shows the victim’s vehicle hit a pole after the suspects' vehicle ran a red light near the intersection of Baldwin Park Boulevard and Olive Street, causing the victim's airbags to deploy. The victim was able to climb into the backseat and was able to walk out of the sedan after firefighters pried open one of the car doors. 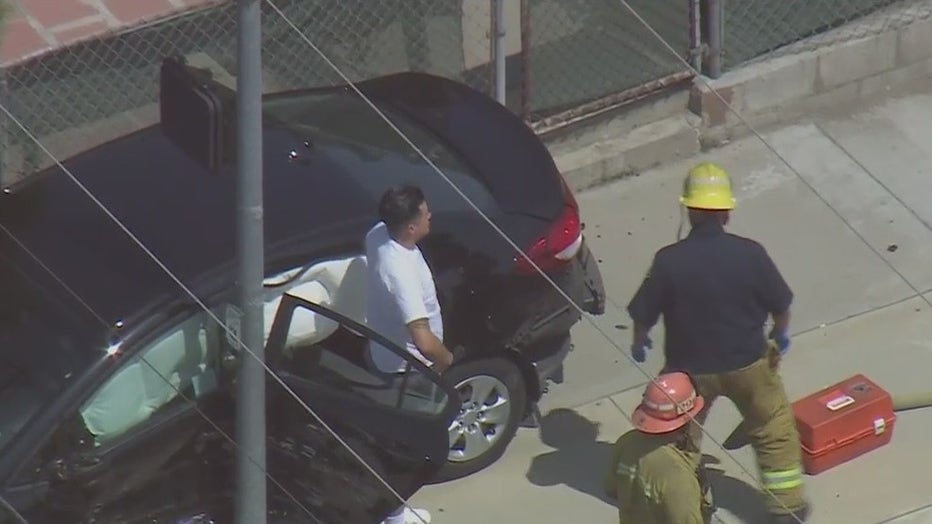 At least three suspects in the stolen vehicle were taken into custody, officials said.