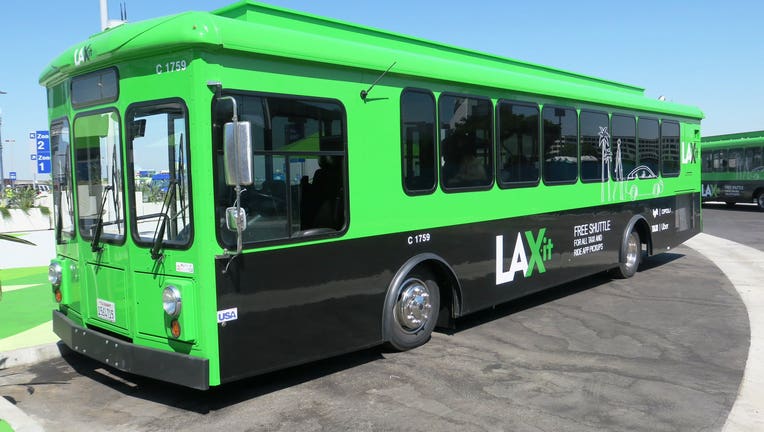 "During this time, the lot has experienced periods of efficient operations as well as challenges during peak operations,'' according to a
statement from Los Angeles World Airports, the city agency that runs LAX. "A series of adjustments are being implemented to improve our shuttle operations and driver/customer connections.''

Since the opening of LAX-it early Tuesday morning, airport officials have been monitoring and responding to traffic patterns in the Central Terminal Area and surrounding communities.

According to airport officials, "record'' travel times are being recorded through the Central Terminal Area, but during peak periods of arriving passengers -- typically between 6 and 10 p.m. -- some people have experienced wait times exceeding 45 minutes to catch a shuttle to the remote LAX-it lot and catch a taxi or Lyft/Uber ride.

The LAX-it shuttle service has been tweaked since the first evening, and on Wednesday, LAX-it shuttles were moving through the terminal area to the lot in an average of 12 minutes.

On Tuesday night, the first night of the lot's operation, significant issues occurred with the shuttles, resulting in delays, full buses and long
waits, officials said.

Airport officials said changes were made to the traffic patterns and the buses ran quicker, although some guests during peak periods still
experienced long waits at the curbs.

When passengers arrived at the LAX-it lot, wait times for ride-hailing vehicles were typically less than 15 minutes, but during the evening peak period of 7 to 10 p.m., there were "large fluctuations'' in wait times, with some people waiting more than 45 minutes.

Airport officials said adjustments have been made to signage in the terminal area to improve traffic flow, and traffic-control officers have been redeployed to "choke points.''

The airport also plans to have more staff members on hand to assist passengers at terminal curbs and at the LAX-it lot to help them navigate the new system.

LAX-it was opened in an effort to reduce traffic that has worsened in the terminal area thanks to an increase in traffic volume and construction of the Automated People Mover that is expected to open in 2023.