Getting around LAX just got easier, or harder, depending on who you ask. Tuesday marked the first day ridesharing services and taxis had to use a separate lot to pick up passengers.

LOS ANGELES - Beginning at 3 a.m. Tuesday, passengers arriving at Los Angeles International Airport won't be able to jump in a taxi or a ride-hailing vehicle in the terminal area.

In an effort to cut down on traffic in the heavily congested horseshoe-shaped terminal complex, the airport is moving passenger pickups to a remote waiting area dubbed LAX-it, a centralized area for guests to grab a taxi, Lyft or Uber.

LAX-It is intended to reduce the number of vehicles in the Central Terminal Area and help "free up scarce curb space during major construction at LAX,'' officials stated. LAX-it will only be used for pickups. Ride app and taxi drivers will still be able to drop off passengers at the terminal curbs on the Upper/Departures Level.

"Construction of the Automated People Mover train and stations is beginning in the Central Terminal Area, and LAX-it is needed to relieve the pressure of construction impacts that would make traffic unbearable if nothing were done,'' said Keith Wilschetz, the deputy executive director for Operations and Emergency Management at Los Angeles World Airports, the city agency that manages LAX. "The dedicated shuttle lane and clear walking paths mean guests will arrive at LAX-it and get on their way quickly and efficiently, and all other drivers using the terminal-area roads will benefit from the reduced vehicle traffic.''

LAX-it is located on the Lower/Arrivals Level just east of Terminal 1, at the corner of World Way and Sky Way, and is accessible by either walking from the terminals or a dedicated shuttle that will circulate through the Central Terminal Area.

The LAX-it shuttles will operate in a dedicated lane on the Lower/Arrivals Level so they will not compete with other airport traffic, officials said. The shuttles will arrive every three to five minutes during peak hours, according to the airport. 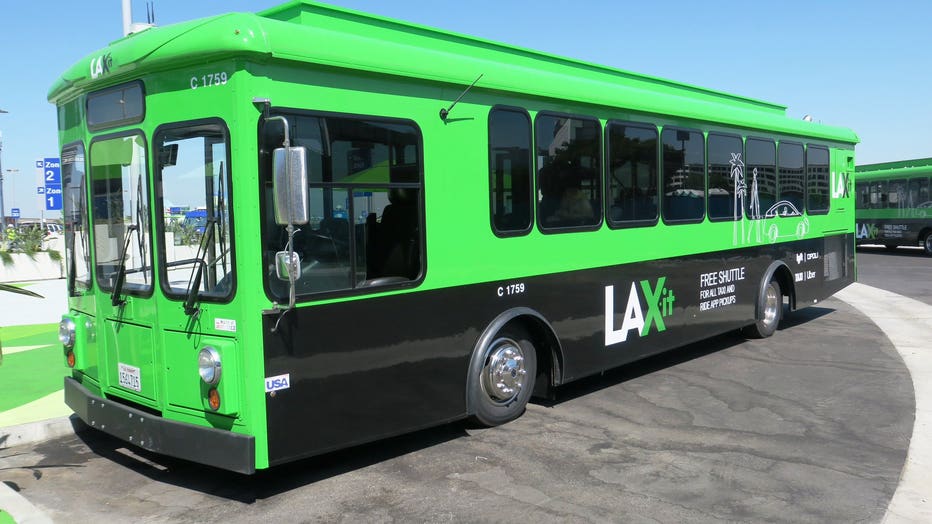 To accommodate the new dedicated bus lane, the traffic pattern on the Lower/Arrivals Level will change simultaneously with LAX-it opening.

Private vehicles will no longer have access to the inner lanes, which will be reserved for LAWA-operated shuttles and FlyAway buses. New passenger pickup areas are being designated along the Lower Level outer commercial island, and they will include number/level combinations on the columns to assist motorists in locating guests.

The LAX-it lot will feature restrooms and a changing station, as well as  benches, umbrellas for sun and rain protection and local food trucks. LAX- it will also offer cellphone charging stations and free public Wi-Fi.

The move out of the terminal area has been met with disdain by taxi drivers. The Taxi Workers Association of Los Angeles has blasted the change as a devastating blow to an industry already struggling to compete with app-based services such as Lyft and Uber. The association, which claims that curbside terminal pickup is the single advantage the taxi industry has over the ride-hailing services, is planning a protest Tuesday in conjunction with the lot's opening.

Ride-hailing services have been restricted to making pickups and dropoffs at designated areas on the upper level of the terminal area.

Cab drivers also contend the LAX-it lot is too small with limited entrances and exits, likely leading to long lines of vehicles trying to get in and out of the facility.