Three people were hospitalized after a hit-and-run crash involving a Metro bus in Huntington Park.

The crash occurred around 1:15 a.m. Monday when authorities said the driver behind the wheel of a silver Scion tC T-boned the Metro bus. The bus was traveling north on Pacific Boulevard when the hit-and-run driver reportedly ran a red light heading east on Clarendon Avenue, causing the bus driver to slam into a light pole.

The Metro bus driver was among those injured in the crash. He became trapped in the wreckage and was freed by responding crews with the Los Angeles County Fire Department.

Two others were taken to the hospital by ambulance and officials said all three victims sustained injuries considered non-life-threatening and are expected to survive. 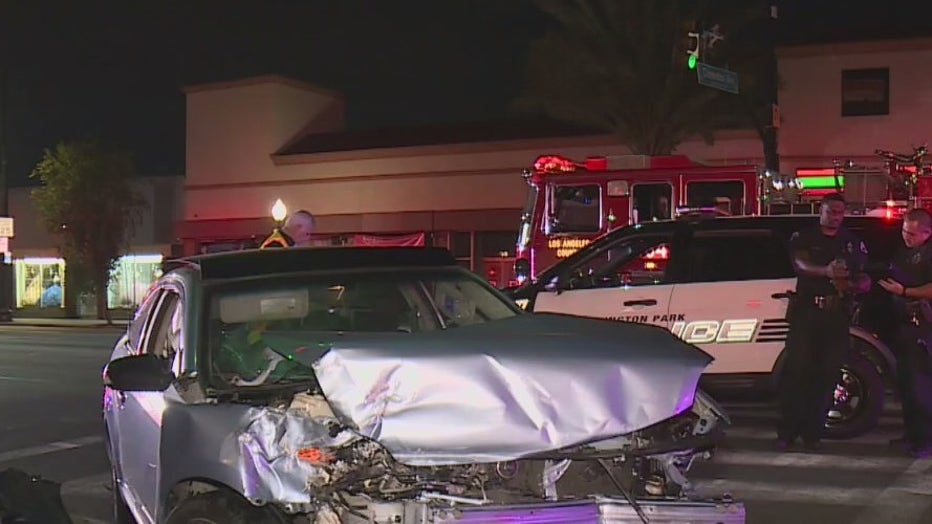 Police are now looking for the driver who ran from the scene heading west on Clarendon Ave.

Metro officials said the crash won’t impact services and they will be working with police on the investigation.