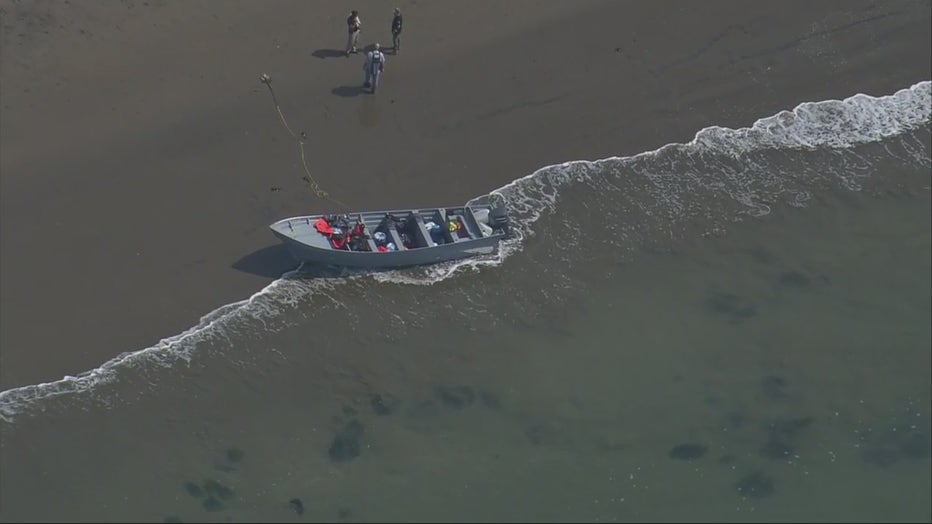 Los Angeles County lifeguards responded to the vessel aground at Smuggler’s Cove in Palos Verdes shortly before 9 a.m. and said that 17 people were confirmed off the vessel. One minor injury was also reported.

Aerial images from SkyFOX showed that a large law enforcement presence also responded to the scene. 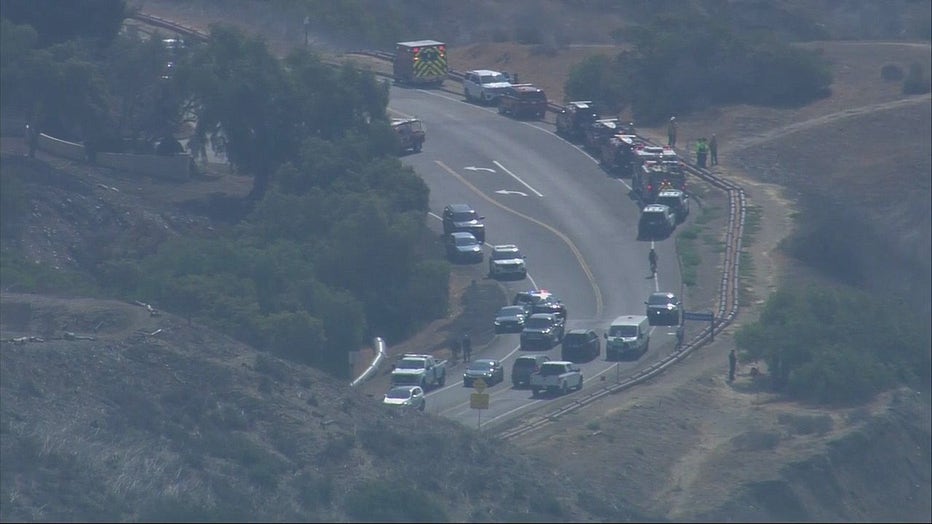 Large law enforcement presence at the scene of where a panga boat washed ashore in Palos Verdes. (FOX 11)

"U.S. Customs and Border Protection apprehended 14 Mexican nationals who arrived on a panga this morning at Rancho Palos Verdes. The investigation is ongoing and further details may be provided as they become available," CBP said in a statement to FOX 11.

"Smuggling along the California coastline is inherently dangerous for all involved parties, and human cargo is merely a commodity for the smuggling organizations involved. This has been evidenced by the nationally publicized smuggling event that occurred on May 2 at Point Loma in San Diego, whereby there were three fatalities and numerous hospitalizations on a shipwrecked vessel smuggling 33 people into the United States," the statement continued.

CBP asked the public to report any suspicious maritime activity in Los Angeles and Orange counties to the USCG Sector LA-LB Command Center at 310-521-3801 or call 562-283-7820 and request to be transferred to the Maritime Coordination Center.