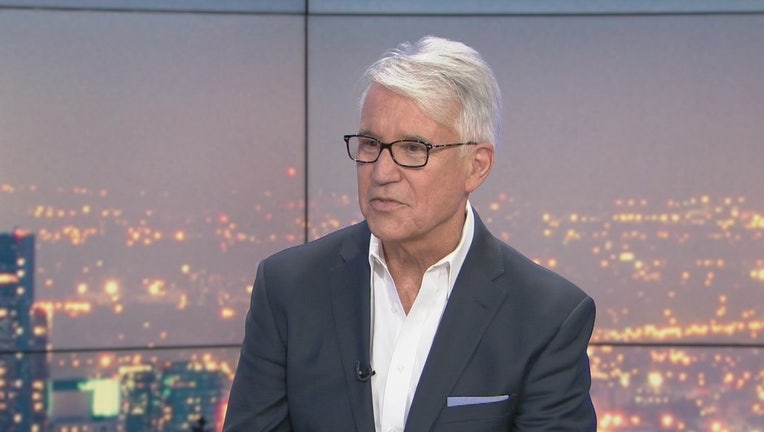 The Association of Deputy District Attorneys, the collective bargaining group for more than 800 deputy district attorneys in the county, had previously invited Gascón to speak to the organization as it considered whether to back the recall, but he declined.

Los Angeles City Councilman Joe Buscaino is joining the recall effort against Los Angeles County District Attorney George Gascón, saying, "he's not doing the one job he was elected to do by the people of Los Angeles - prosecute crime."

The ADDA contends that Gascón has "refused" to speak with his prosecutors since taking office to explain policies that have sparked the recall drive.

"This vote is by those who are intimately familiar with how Mr. Gascón's policies actually play out on a day-to-day basis," ADDA President Michele Hanisee said in a statement announcing the vote. "We believe the vote of our members will resonate with the voters of Los Angeles as they decide whether to recall Gascón from office and restore public safety as the priority of the District Attorney's Office."

A new effort to oust Gascón from office began in December, just months after a similar recall campaign fell short. Recall organizers must collect 566,857 signatures from registered voters in Los Angeles County by July 6 to force a recall vote.

The city councils of more than 30 cities in the county have issued "no confidence" votes involving Gascón.

Last September, organizers of the prior recall attempt said the effort was hampered by COVID-19 pandemic health mandates, along with a "premature start" and vowed to re-launch their bid to recall the county's top prosecutor, who was sworn into office in December 2020.

Despite the failure of the original effort, organizers said they remained committed to recalling Gascón, who has come under fire from critics for a progressive agenda that has included directives against seeking the death penalty and dropping sentence-enhancing allegations in some criminal cases.

Gascón has repeatedly defended his policies, saying his stances were well-known during his campaign and his election signified public support of his agenda.

The Association of Deputy District Attorneys filed a lawsuit in December 2020 challenging Gascón's directives to eliminate three-strikes allegations and some sentencing enhancements, alleging the moves are "unlawful."

A judge ruled mostly in favor of the association last February, but subsequently put the case on hold while Gascón appeals. A trial date is scheduled to be set for the case in April.

Late Friday, Gascón issued a memo walking back some of his most- debated policies -- bans on special-circumstance allegations that could result in life-without-parole prison terms and on transferring juvenile-defendant cases to adult court.