Families of victims call for recall of George Gascon

A press conference was held Wednesday to kick-off the public circulation of petitions for the recall of Los Angeles District Attorney George Gascon.

Relatives of those killed in violent crimes spoke up in favor of the recall, claiming that LA County's new DA has put the rights of criminals before the rights of victims.

"The sad truth — is that he has revictimized me and my family. He has total, utter disregard for us victims. You, George Gascón have put criminals before victims. I truly believe you have confused your role as a district attorney and a public defender," said Desiree Andrade, whose son was brutally murdered and thrown off a cliff in Azusa. "This is not political, this is a fight for what's right and what's wrong. You don't have to be a victim to understand the importance of this."

Among those who signed the recall petition at the press conference was Los Angeles County Sheriff Alex Villanueva, who, along with several law enforcement associations, has publically supported the recall. 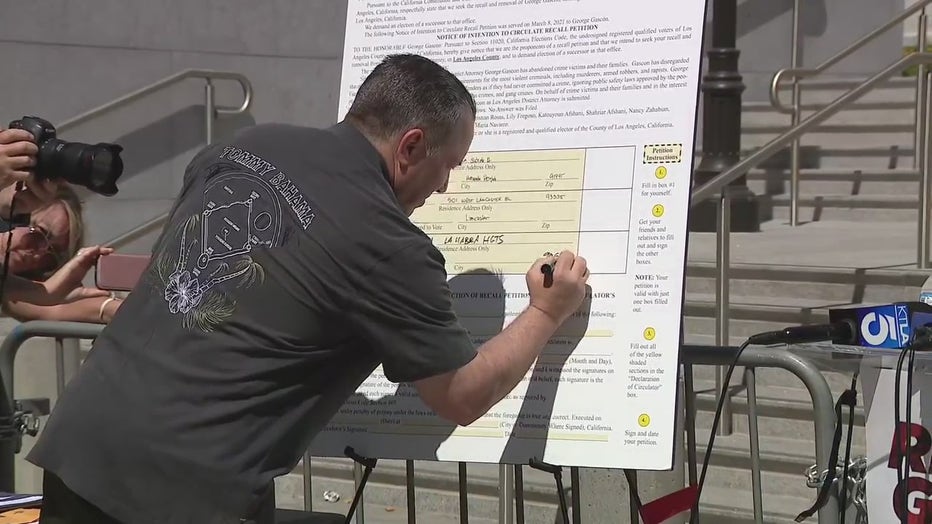 Gascón has vowed to put an end to the death penalty in LA County, trying juveniles as adults and eliminate all special enhancement allegations, which would make about 20,000 inmates eligible for re-sentencing consideration.

Campaign officials said they need about 590,000 signatures from registered Los Angeles County voters within a 160-day period to trigger a recall election.