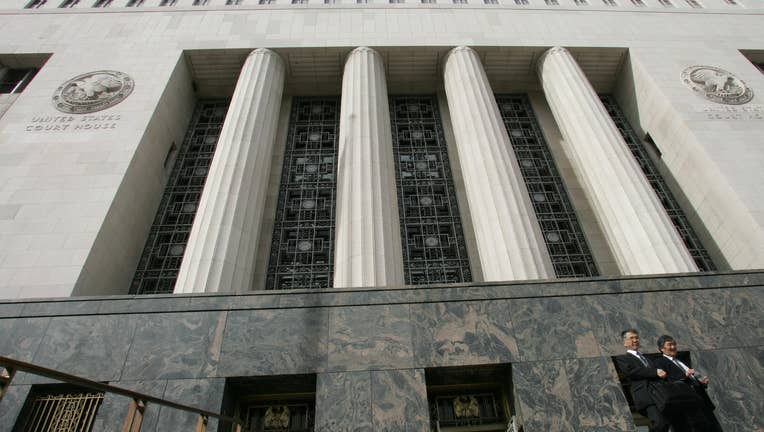 LOS ANGELES, UNITED STATES: This is a view of the facade of the United States District Court, Central District of California, Western Division in Los Angeles, 10 February 2005. (Photo credit should read ROBYN BECK/AFP via Getty Images)

LOS ANGELES - The U.S. District Court for the Central District of California has suspended jury trials through February due to the spread of Omicron, the new virus variant that causes COVID-19, within the region's federal courthouses, according to a court memo obtained Thursday.

A three-week suspension of civil and criminal jury trials, enacted Jan. 3, will remain in effect through at least Feb. 28, and other significant hearings are expected to continue taking place via video conferencing.

During a recent criminal hearing conducted via Zoom, U.S. District Judge John F. Walter said as an aside that the downtown Los Angeles courthouse had been "devastated" by the virus and operations were being handled by a skeleton crew.

According to a memo Wednesday from Clerk of Court Kiry K. Gray, the rise of COVID-19 cases within the district has been "alarming."

Gray indicated that the temporary suspension of jury trials may be extended as necessary.