Police searching for man accused of shooting woman in the face

An investigation was underway in the Fairfax District.

LOS ANGELES - Police are looking for the man suspected of shooting a woman in the face in the Fairfax District on Monday night.

The shooting was reported near La Brea and Willoughby avenues around 7:30 p.m., the Los Angeles Police Department said.

According to investigators, a woman reportedly got into an argument with a man and possibly another woman on the balcony of an apartment complex, when the man pulled out a gun and shot the woman in the face. She was rushed to a hospital in critical condition.

Once the LAPD arrived at the scene, officers set up a perimeter in the area to look for the shooter, described as a man wearing a yellow sweatshirt and burgundy pants. A person was detained for questioning, but authorities later determined he was not the gunman. 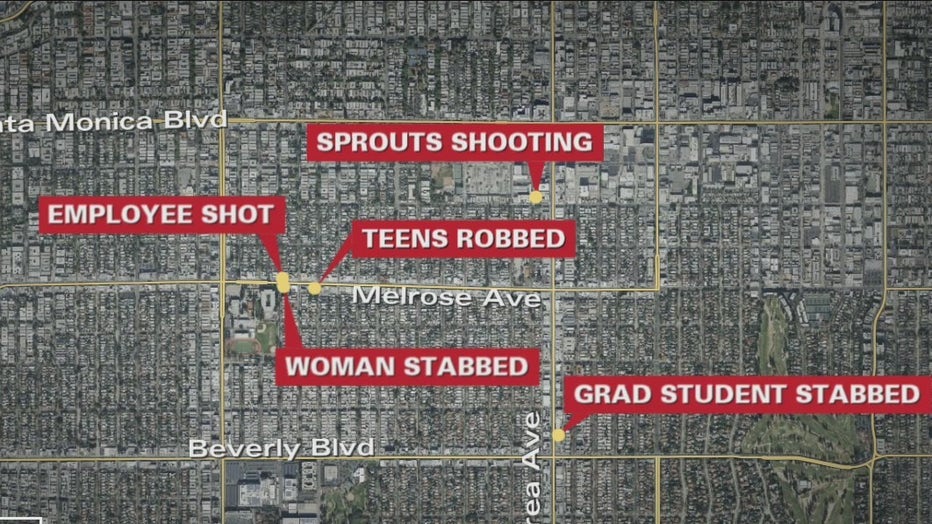 Several crimes have occurred in the Fairfax District in recent months and police have increased patrols in the area.

Anyone with information is asked to contact the LAPD’s Wilshire Division.