Woman stabbed outside a shoe store in Fairfax

A woman was rushed to the hospital after being stabbed in Fairfax.

LOS ANGELES - A woman was rushed to the hospital after being stabbed in Fairfax during a fight.

The Los Angeles Police Department responded to a call near the intersection of Melrose Avenue and Genesee Avenue a little after 2:15 p.m. Wednesday. Police say the woman was stabbed in the stomach area.

According to a report from TMZ, the stabbing stemmed from an argument over the line placement outside a Foot Locker on Melrose Avenue. A group of people were waiting in line outside the store for a shoe release event before the fight over line placement broke out – which ultimately ended with a woman being stabbed.

Police tell FOX 11 that the woman was not involved in the fight, she was trying to help a child get out of the way when she was stabbed.

Below is TMZ's video of the incident. [WARNING: The language in the video is not appropriate for viewers of all ages.]

The suspect left the scene but was soon arrested. According to police, the suspect and victim knew each other.

The incident comes months after a shoe employee from a nearby store, not to be confused with Foot Locker, was shot and killed while trying to break up a fight. The fight, which took place outside Shoe Palace back in August 2021, stemmed from an argument over a shoe raffle. 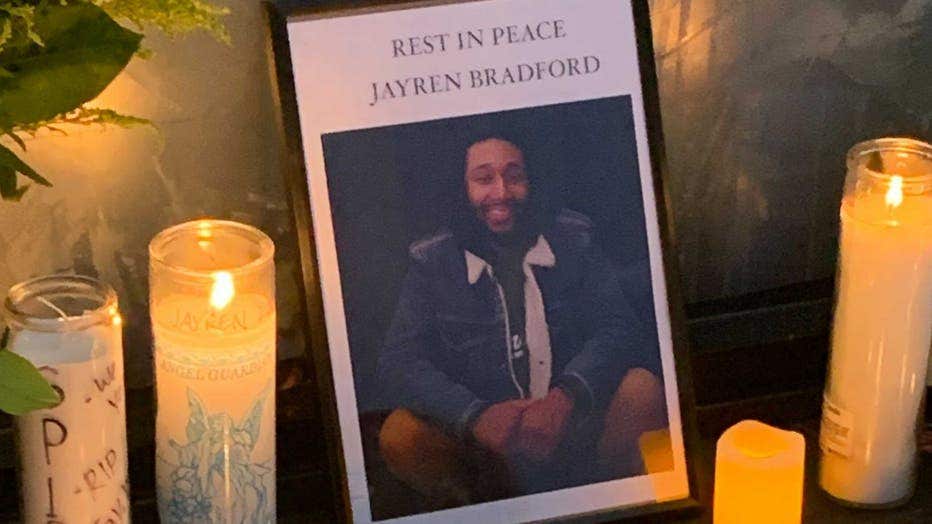